In this article we feature another two pubs with tramway themed signs, both of which can be found in East Anglia. We’ve banded these two together because they actually use the same image of a tram – a tram that isn’t particularly local to East Anglia!

The Tramway in Gorleston, Norfolk is located close to the location of the depot, which was at the southern end of the high street and the route of Great Yarmouth trams passed in front of the building continuing south along Lowestoft Road to Gorleston Station. The Gorleston system closed on 25th September 1930 with the last section of the tramway in Great Yarmouth having a ceremonial closure on 15th December 1933.

The second pub in the area with a tramway themed sign is Tramway Hotel in Pakefield, Suffolk to the south of Lowestoft. Lowestoft Corporation Tramways ran north to south through the town with the southern terminus being located outside the hotel. The final trams ran in Lowestoft on 8th May 1931.

Both pubs are owned by the Pub Company who have gone for the same stock image of a tram on both signs. The tram used is an Edinburgh tramcar, no. 204, which obviously has no real connection to the area but at least it is a decent representation of a tram, unlike some others we’ve seen in this series. Of course, Scottish trams do have a connection to the area with the East Anglia Transport Museum once having been home to Glasgow 1245 with Glasgow 488 currently being restored in Wales for use on the tramway in the future. 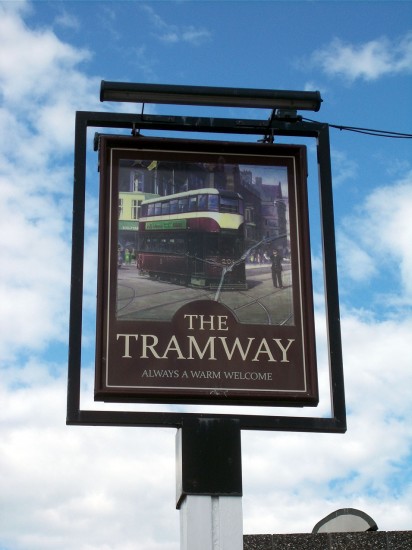 The sign of The Tramway in Gorleston. (Photograph by Tim Major) 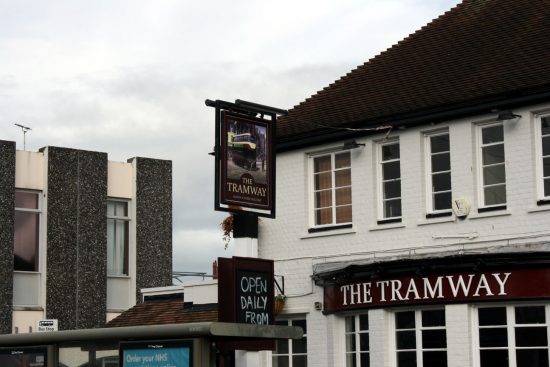 The actual pub is seen here with the sign in front. 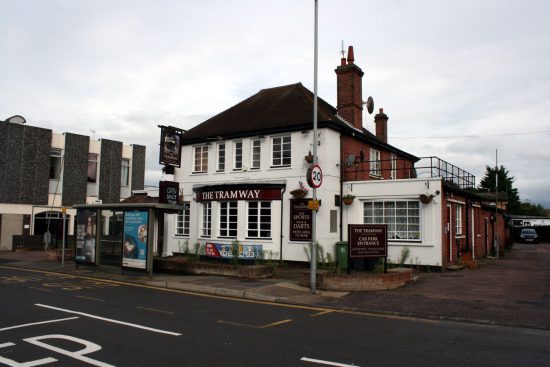 Another general view of the pub complete with sign. (Photographs x2 by Ian Brown) 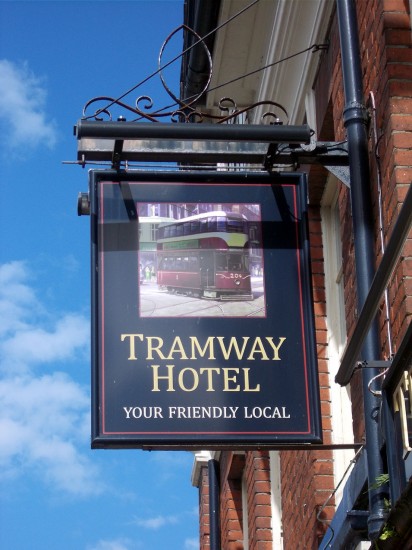 Snap! The sign of Tramway Hotel in Pakefield showing the same image of Edinburgh 204. (Photographs by Tim Major)