Posted on Monday 3 August 2020 by Gareth Prior

In this edition of “Picture in Time” we are heading back to August 1984 for a view of a then new, Centenary 641.

Taken in August 1984 the below photo shows Centenary 641 at Pleasure Beach, just passing the entrance to the loop as it heads northbound. Unfortunately, the policy of keeping the back blind blank at this time doesn’t help us with ascertaining just where the tram may be heading except to say its going north! 641 had only entered the service the previous month having been the first of the Centenary Cars to be delivered from East Lancashire Coachbuilders on 17th April the same year. Featuring the roof advert box which was used to celebrate the forthcoming centenary of the tram, 641 is also in the original version of green and cream that the Centenary Cars would carry. 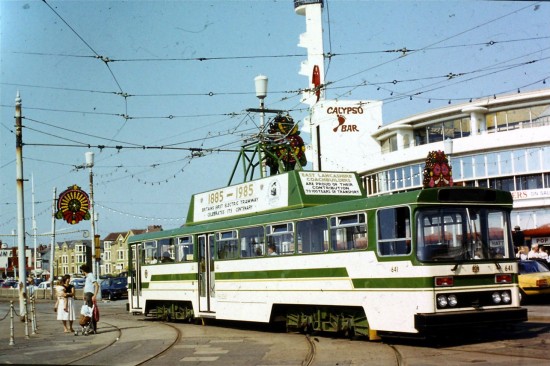