We head down to Seaton for this latest edition of “So Nearly, Not Quite”.

25th October 2008 was the Seaton Tramway End of Season Gala which used to see an intensive service on the tramway just before daily operation ended for another year and the tramway went into winter hibernation. In this image we see 10 – still relatively new at this point in time – just arriving on Riverside loop (outside the depot) with a Service Extra. Taken from on board another tram – and through a window – we get a reflection which wasn’t planned and haven’t even managed to get the whole tram in either! Ah, never mind, better luck next time! 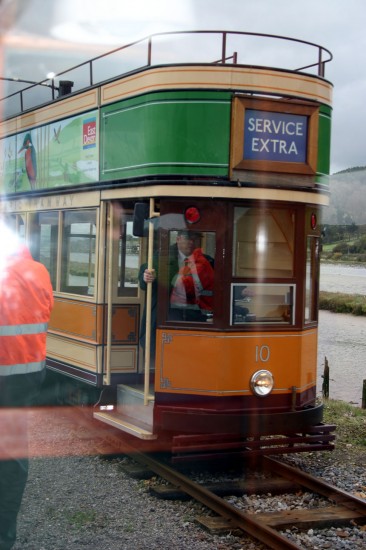