So Nearly, Not Quite! London County Council 106

We have another entry into the “So Nearly, Not Quite” series of tram photos which didn’t end up as planned when that shutter was pressed.

In this image we are at Glory Mine, Crich in the days before you could get off a tram there and take photos to your hearts content. This is 10th June 2007 – Tramathon – and is taken from the top deck of another tram – probably Paisley 68 – and meant to show the full London County Council 106 as it passes. That was the plan anyway but the position I was on the tram meant the full tram couldn’t be fitted into the frame leaving this image of part tram, part railing! Ah, never mind, better luck next time! 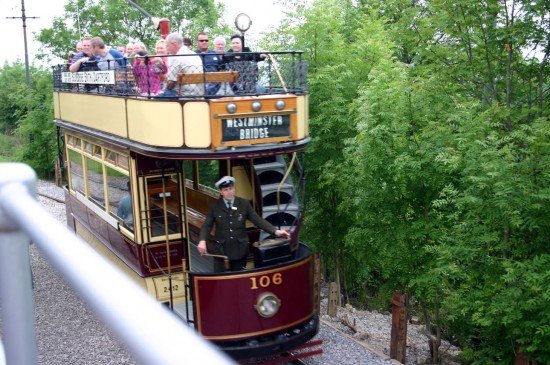