It has been reported in The Railway Magazine that Tyne and Wear Metro 4022 has been scrapped following the writing off of the vehicle. It becomes the first of the original Metro Cars to be scrapped, leaving just the 87 production models and two prototypes in existence.

4022 was damaged in an accident just outside of South Gosforth Depot and had been sent to Barton Hill Depot, Bristol for repairs in July 2017. Upon arriving at Bristol, and after investigations into the damage caused, it was decided that it would be uneconomical to repair the unit. Remaining stored in Bristol for several years it is reported that it was moved from Bristol to Nemesis Rail in Burton-on-Trent during October 2019.

Following spares recovery the scrapping of 4022 was concluded earlier this year.

4022 had been built by Metropolitan Cammell in Birmingham as part of the production trains for the Tyne and Wear Metro in the early 1980s. It had operated on the network from 1980 through until March 2017 when it suffered the damage at Gosforth.

* A photo of 4022 at Nemesis Rail is available on the Railway Herald website. 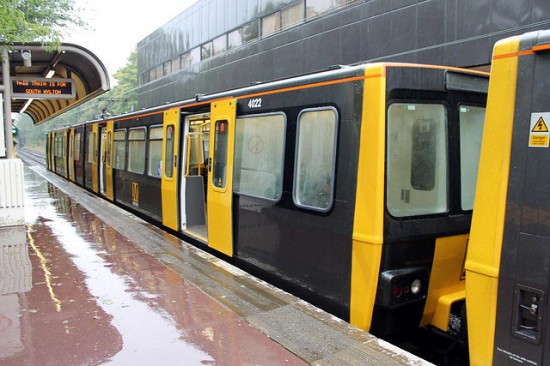