Whatever Happened To? Blackpool Balloon 711

The next tram in this series of those which ran over the final weekend of traditional tram operations in Blackpool is Balloon 711.

711 is a tram which only just qualifies for this series as it saw no use on Saturday 5th November and was replaced in service on the last day, Sunday 6th November 2011 with a fault. 711 would leave depot at 1609 from where it used the crossover at Foxhall and headed down to Pleasure Beach. It was scheduled to remain in service for the remainder of the evening but at 2118 that fault meant it returned to depot with Twin Car 672+682 replacing it for the remainder of the evening.

711 received “B fleet” door modifications and of those trams with these alterations is one which has seen more use than most – even on an actual service it went through the workshops for. It was the tram of choice for this purpose during the 2019 Illuminations, often being used Monday to Thursday from around 1600 for a few hours, and has also seen regular use on Heritage Tram Tours, often as the Shop Tram at North Pier and Tower. 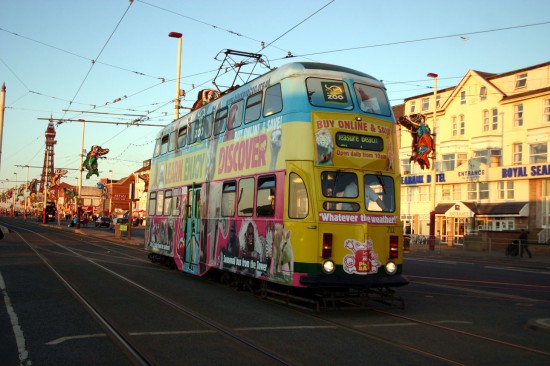 711 was the last in a long-line of Blackpool trams to carry an all over advert for Blackpool Zoo and retained this right up until the last day. Having just left depot and turned at Foxhall this view shows 711 at Manchester Square on its way to Pleasure Beach on 6th November 2011. 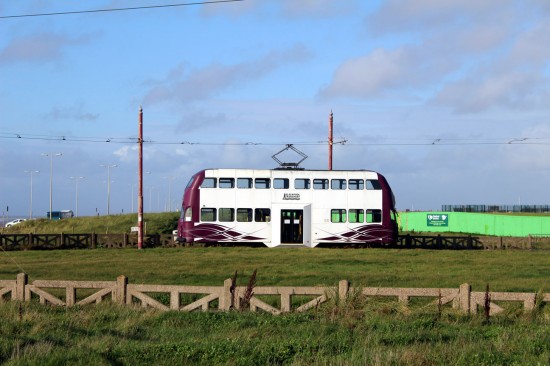 With the door bulge in situ, 711 also received the new Fleixty type Purple and White livery and is seen here on 26th September 2019. It was running specials picking up at the LRT platforms and is caught here on Little Bispham loop. (Both Photographs by Gareth Prior)