We take another trip to the Glasgow Garden Festival with Edinburgh 35 the tram that we take a look at this week.

Edinburgh 35 was transported directly to Glasgow from a stint of operation in Blackpool – it had been in Blackpool since 1983 for operation during the Tramway Centenary which was its first passenger usage since the closure of Edinburgh’s original tramway in 1956. After running at the Garden Festival for five months the owners of the tram at time, City of Edinburgh Council, decided to send it on loan to Crich where it has remained as static exhibit ever since, requiring a major overhaul. Ownership of the tram has now been transferred to the Tramway Museum Society.

In these below photos we see 35 in operation at the Glasgow Garden Festival with pretty full passenger loads noted. 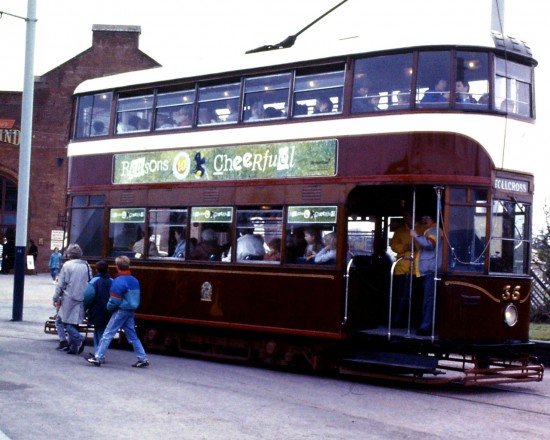 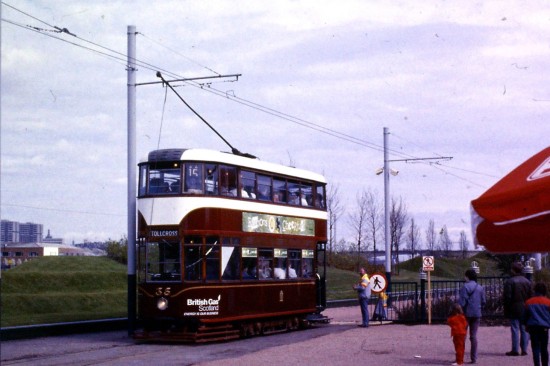 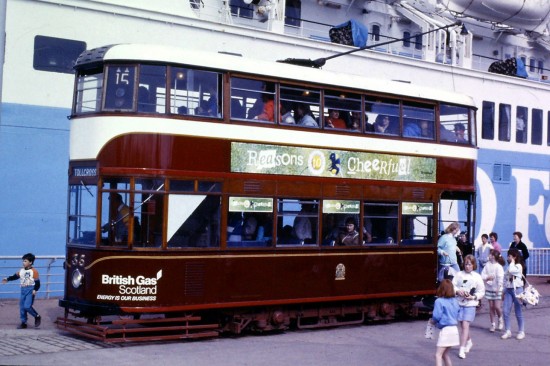 1 Response to Picture in Time: Edinburgh 35