Posted on Thursday 4 June 2020 by Gareth Prior

We have already featured the remaining tram track in situ alongside the site of the old Weaste tram depot which was used by Salford Corporation Tramways but this time we take a look at the old depot building itself, a building which isn’t completely still standing but as these photos show was in the process of being demolished.

Today the frontage of the tram depot does still remain in situ but the actual body of the structure is a new building as part of a major residential development. In 2006 – when these photos were taken – the work to demolish the structure was well underway with Frank Gara & Sons completing the work. Originally built in 1929 the building suffered some damage in the Second World War and eventually closed to trams in 1947. It was then used as a bus garage before this too closed and ahead of conversion to flats was being used for industrial purposes. 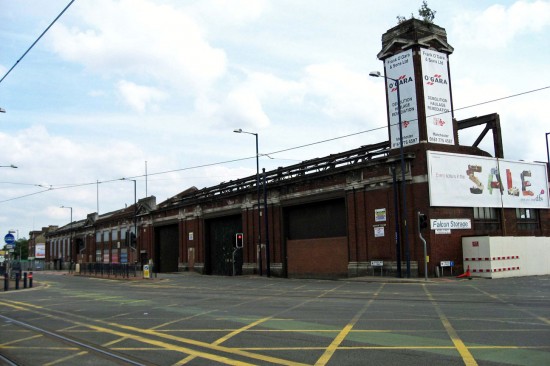 The tram depot is seen here from the other side of the road with three entrances visible here. The wires in the foreground are of the Manchester Metrolink Eccles line. 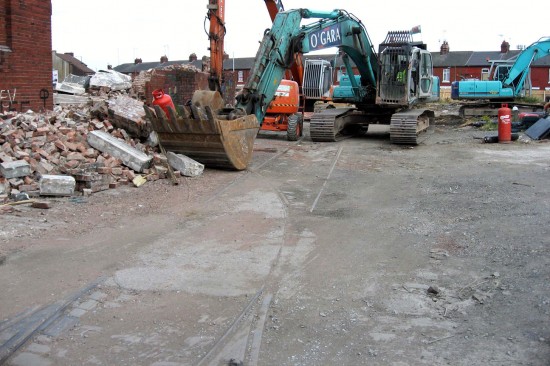 Demolition in progress. Note the tram tracks covered in dust with some setts also just visible. (Both Photographs by Bob Hodges, 23rd July 2006)