So Nearly, Not Quite! Blackpool Balloon 724

Posted on Wednesday 13 May 2020 by Gareth Prior

It seems that the photography session sent around Victoria Street in central Fleetwood on 2nd September 2018 was not the most successful ever as we have another entry for “So Nearly, Not Quite”!

The tram which was interrupted by a passing road vehicle this time was Balloon 724 which was just coming towards the end of its journey to Fleetwood as it was seen approaching Victoria Street stop. At this time the tram – which was one of the four to receive flat fronts as part of its overhaul – was in the attractive Red & Yellow Metro Coastlines livery and despite the best efforts of the passing traffic you can still see this livery at its best although it would appear the tram could do with a good wash! The grey car on the left seems to be parked but the shot is scuppered by the yellow car just coming into view. Ah, never mind, better luck next time! 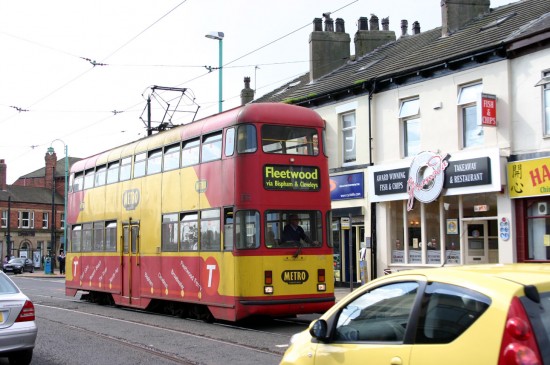 3 Responses to So Nearly, Not Quite! Blackpool Balloon 724