Another visit to the northeast today as we are again at Beamish in 1996. This time we take a look at Oporto 196.

A tram a long way from home, 196 was originally acquired by Beamish as a source of spare parts but upon arrival and after a review of its condition it was decided to restore it to service and to get a second Oporto car for the spare parts. 196 was built in 1935 and remained in service in Portugal until involved in a collision which led to its withdrawal. Arriving at Beamish in 1989 it entered service in May 1992 and the following year became the first tram to run around the complete tramway circuit.

This photo shows 196 on 16th August 1996 inside the depot. The tram was carrying the fictious “Beamish Tramways” legend on the side at this time having been painted in an approximation of the Gateshead livery. Of course, it has since received a repaint into the attractive South Shields Blue and Primrose livery style. 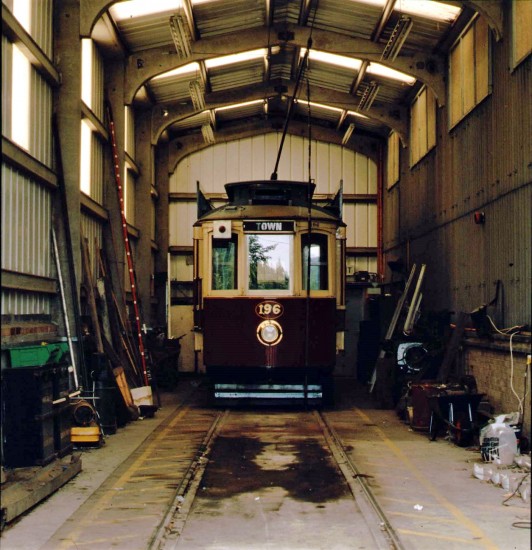