So Nearly, Not Quite! Blackpool Balloon 712

It’s a stray pedestrian again for this latest look at “what might have been” if they hadn’t have been there when we hit the shutter on the camera with Blackpool Balloon 712 the tram involved.

We are heading back to 11th September 2004 for this photo, which was taken on film and so the stray pedestrian was more of an issue that it would have been with digital as every photo taken was the potential for further film needing to be processed! Balloon 712 is just heading out from Rigby Road Depot to prepare for the Cavalcade marking the 70th Anniversary of the English Electric streamlined trams. Unfortunately, the hopes of this photo being a usable shot for the future was put paid to but a pedestrian coming out of a side road – the bane of photography is that someone can appear from anywhere at any time! – has put paid to that. Oh we, never mind, better luck next time! 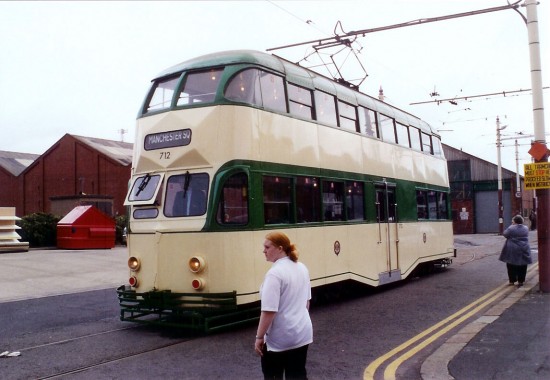 1 Response to So Nearly, Not Quite! Blackpool Balloon 712