We always knew there were likely be other pubs other there that featured trams on their signs and we weren’t wrong! Today we head to Chesterfield to feature the Tramway Tavern which can be found just a short distance from the location of the site of the old Chesterfield Corporation Tramways.

The Tramway Tavern is situated on Chatsworth Road, Brampton with the area it is situated in being developed into a small business park around 20 years ago. In fact some of the old depot was retained during this development (potentially qualifying it for “Still Standing” as well!). Included in the business park is the new Brampton Brewery (established 2007) who happen to be the owners of the Tramway Tavern.

The Tramway Tavern opened in approximately 2010 and took over the site of an older and at the time closed pub. As well as the name, the pub sign has a rendering of a tram (“interesting” would be one word to describe what this tram looks like!) and then inside there are historic photographs. Included is a photo of a Sheffield Jubilee tram passing the Tramway Hotel on London Road, Sheffield (this closed a few years ago). This pub was owned by the old Brampton Brewery (closed in the late 1950s) who also owned the Terminus Hotel which stood at Chesterfield’s Brampton terminus (for trams, trolleybuses and then buses). The Terminus Hotel was closed around 15 years ago and replaced by a nursing home. The sign from this pub survived and can now be found inside the Tramway Tavern.

With thanks to Michael Reynolds for information contained within this article. 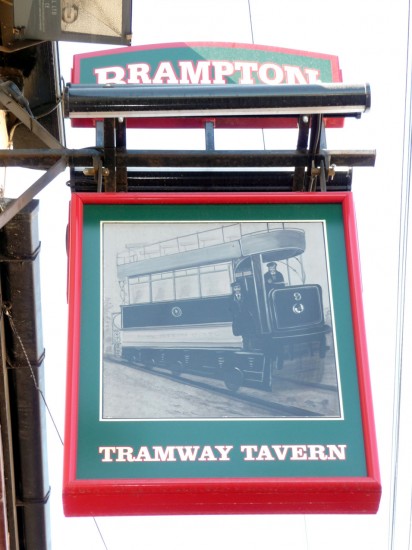 The sign of the Tramway Tavern. We struggle to find words to describe just what is on the sign though! At least they’ve made the effort! 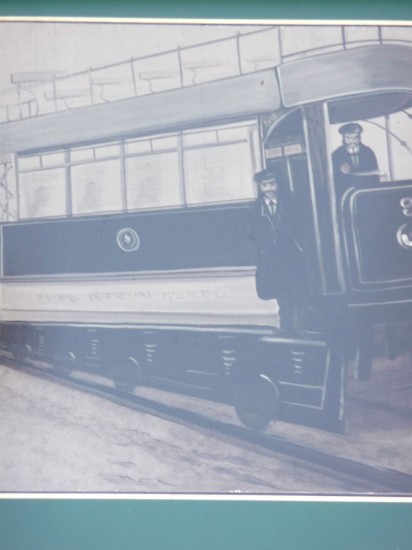 A close look at some of the detail of the sign. 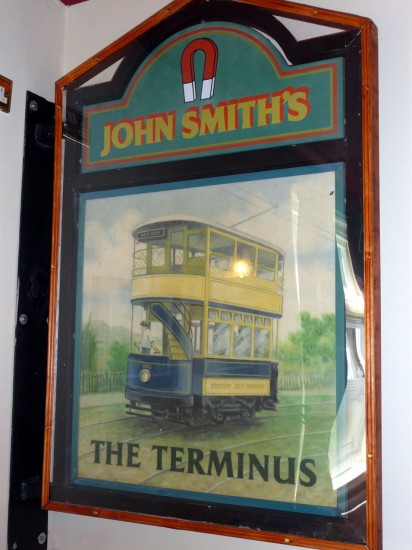 Inside the pub and a bit more firmer ground with this old sign for the Terminus Hotel in Chesterfield. At the time of this sign it was a John Smiths pub but it would appear that the tram had more than a passing resemblance to a Sheffield car rather than Chesterfield. 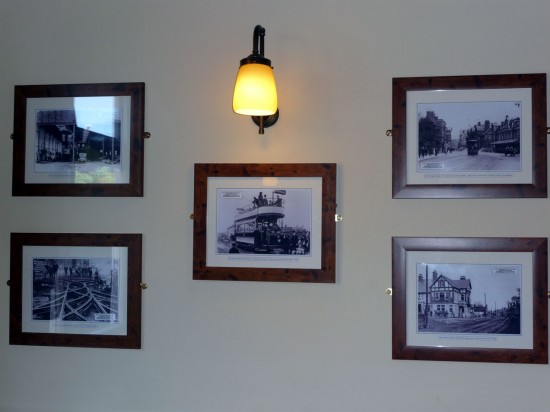 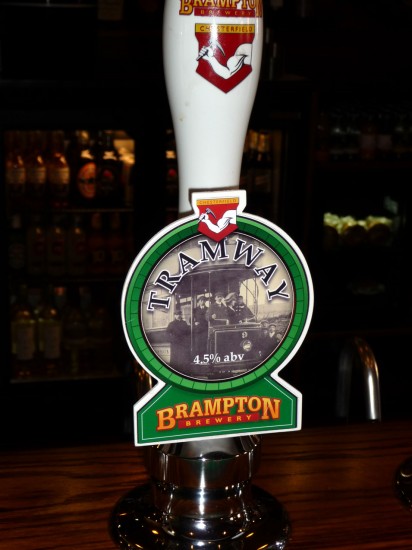 You can even have a pint of Tramway! (All Photographs by Michael Reynolds)