Around the World in Trams: Melbourne 3012

Posted on Saturday 28 March 2020 by Gareth Prior

Our latest edition of “Around the World in Trams” is again “down under” in Melbourne for another tram from this extensive system.

In this view we see 3012, a C-class tram seen at the Flinders Street/Spencer Street stop. It is operating a route 70a service which will terminate here. The C-class is a derivative of Alstom’s popular Citadis design built in France for Yarra Trams in 2001-2. In being ordered they were the first trams to be imported to Melbourne since the 1920s and were also the first low floor trams in the city.

This view was captured on 2nd February 2020. 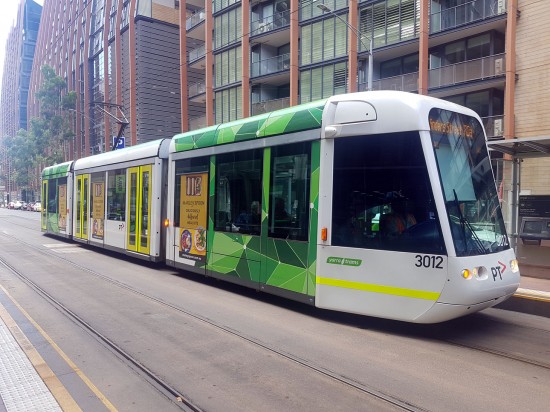