Around the World in Trams: Melbourne 273

This evening its time for another photo from Melbourne.

Taken on 2nd February 2020 again this time we see an A class tram, no. 273, at the Spencer Street/Flinders Street junction. The A class trams were built by Comeng in two batches (1983-1985 and 1985-1987) of which 273 is part of the second batch which contained number of design differences from the first 28. The A2 trams were the first to be built for Melbourne to feature pantographs and no trolley poles. 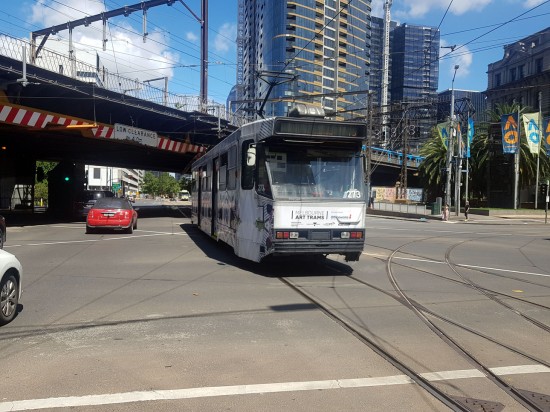