In a report which seems like a lifetime ago but was actually only at the end of January(!) we brought you news that a T68 was about to go on public display at the Crewe Heritage Centre and become the first modern tram in the UK to become a museum exhibit and now on Thursday 19th March, Manchester Metrolink 1023 has made that very trip!

1023 is one of Metrolink’s original trams to be preserved by the Manchester Transport Museum Society but as things stand at the moment there isn’t the room for it to head directly to the Heaton Park Tramway so alternative arrangements have been made for it to head into Cheshire and the Crewe Heritage Centre. It is due to be put on display for a year but with the current Coronavirus restrictions when it will be able to be seen for the first time remains to be seen.

Allelys provided the haulage to transport 1023 with the collection happening on Thursday 19th March and the tram arriving at its new home the same day. 1023 left Manchester by way of Warwick Road, Kings Road and Seymour Grove – this route would have seen it head over the East Didsbury route – its last sight of Metrolink before its new life in preservation started.

For the record 1023 had last been seen in service on 21st January 2014 and has remained stored in Manchester ever since with much of the last six years seeing it in the yard at Trafford Depot. But with the space needed for the extra 27 trams arriving from Bombardier later this year (whether a further delay will be necessary now as a result of the Coronavirus remains to be seen) it needed to be removed. It will eventually make its way to the Heaton Park Tramway but the Crewe Heritage Centre will be its home for the time being. 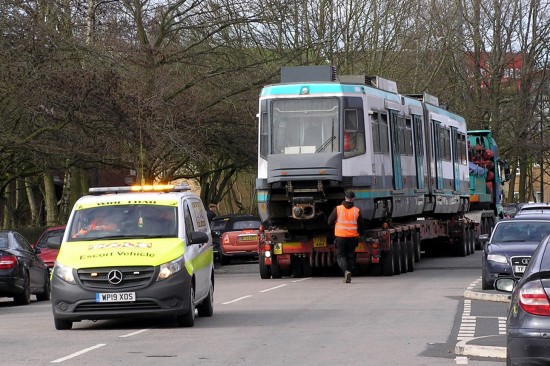 1023 reverses up – or more exactly the lorry does! – Warwick Road as it starts its journey to Crewe. 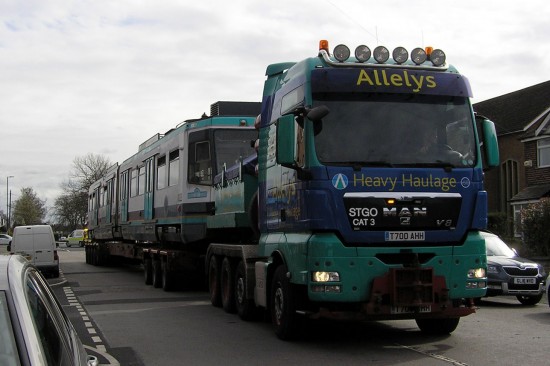 Another view as 1023 is reversed up Warwick Road. 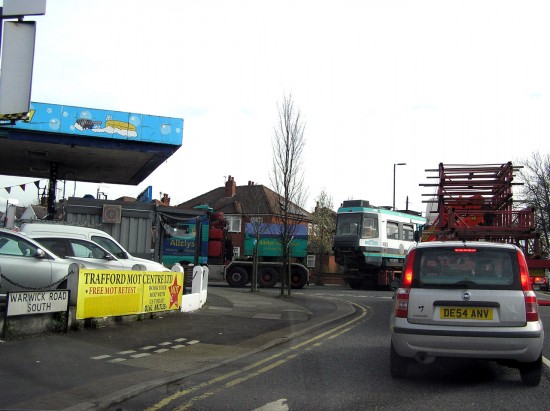 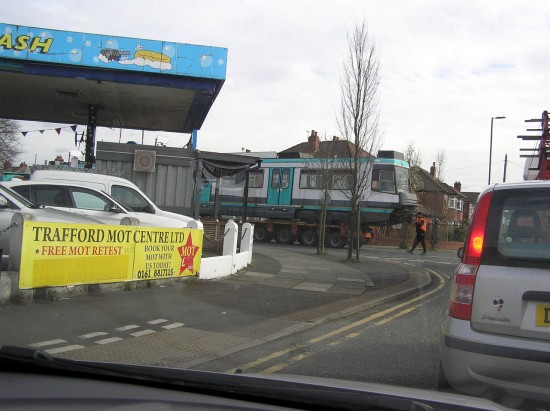 Another look as 1023 disappears onto Kings Road. 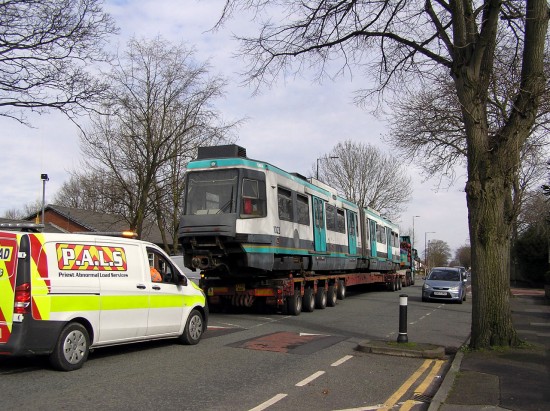 This final view shows the tram about to cross over the East Didsbury line. (All Photographs by Keith Chadbourne, 19th March 2020)