One final image from Croydon before we move on and we continue in numerical order by featuring CR4000 2531.

This photo was again taken on 4th November 2003 and shows 2531 at Sandilands. It is just calling with an eastbound working to Elmers End which as in last week’s image would have started back from Wimbledon. Of interest here is that 2531 has actually been delivery five years and two days before this image was captured, on 2nd November 1998. As with many trams at this time it was in standard fleet livery with external advertising. 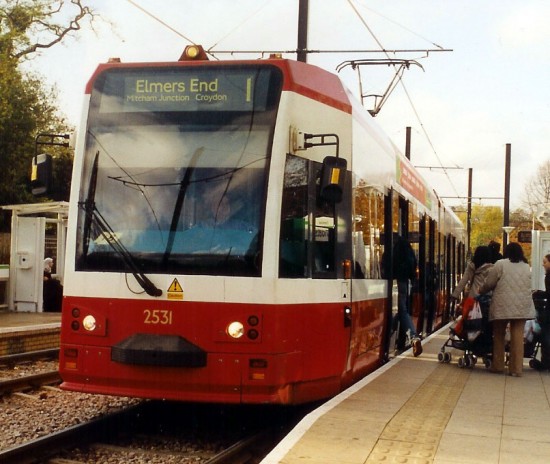