In Pictures: Tyne & Wear Metro Depot at Howdon under construction

Posted on Wednesday 4 March 2020 by Gareth Prior

We’ve report on it several times and now for the first time we bring you some photos – the new temporary Tyne and Wear Metro depot at Howdon. With the site due to open this summer ahead of the current depot at South Gosforth being reduced in capacity during reconstruction for the new fleet of trains work has now moved on to the building of the actual buildings with much of the trackwork having been put in place.

Getting access to the site for photos is not easy because of its location but on Sunday 1st March a Metro replacement bus service was in operation which ran on a road not normally served by double deck buses – just so happening to pass the site and allowing the below photos to be captured.

It is planned that up to ten trains will be out based at the depot for cleaning and preparation each evening and that the site will also be used for the commissioning of the new trains now on order. 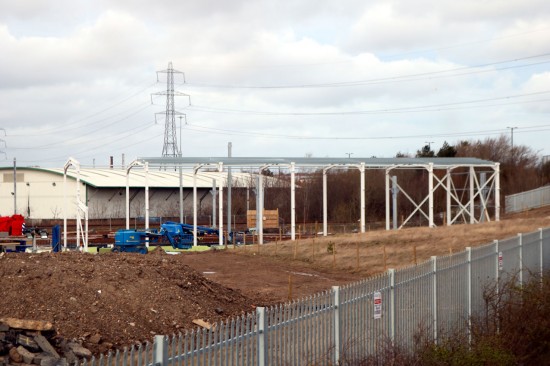 The skeleton of the new building at Howdon is seen in this view. 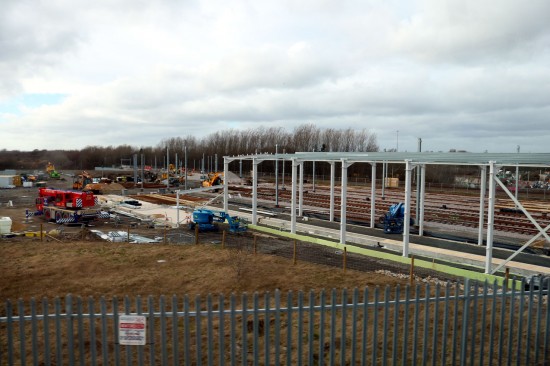 From this angle we can see the building going up with track and overhead support poles also in place. 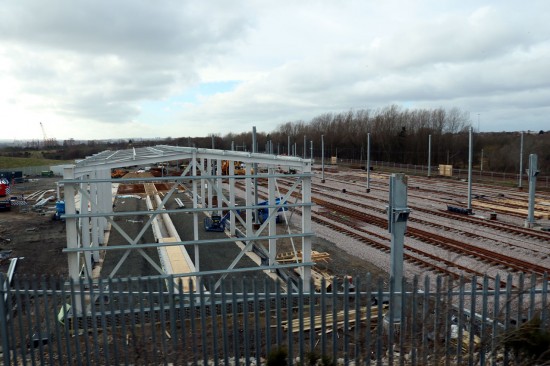 A closer view of the new building with outside storage sidings on the right. 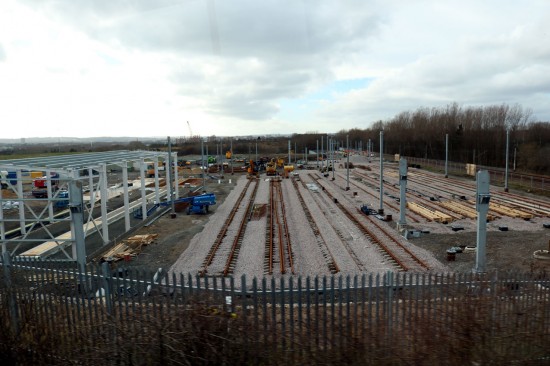 Most of the site can be seen in this final image with the building on the left, storage sidings in the centre and then on the far right the running line of the Metro. (All Photographs by Trevor Hall, 1st March 2020)