In Pictures: The “extra day” in Edinburgh

Posted on Monday 2 March 2020 by Gareth Prior

Of course, 2020 has 366 days as it is a leap year and in this short pictorial update we take a trip to Edinburgh for a few photos seeing the tram system in action. With the sun shining – a sight not exactly a regular occurrence across the country recently! – the tram were running a standard service between York Place in the city centre and the Airport as captured on camera by Roy Calderwood. 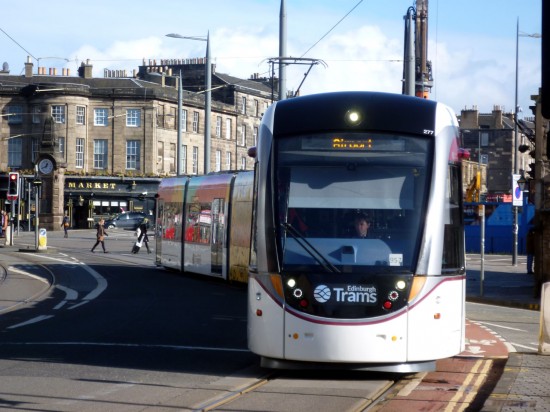 277 is seen here in this photo approaching the stop at Haymarket with a service for the Airport. In the background we can see the Heart of Midlothian War Memorial which commemorates footballers who died during World War I, with 13 of the Hearts team of time enlisting in the 16th Battalion of the Royal Scots only six returned. 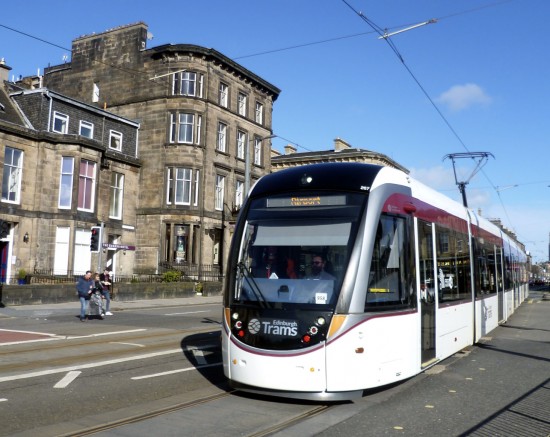 With bright sunshine we see 267 – devoid of any external advertising – approaching Haymarket with a service between York Place and the Airport. 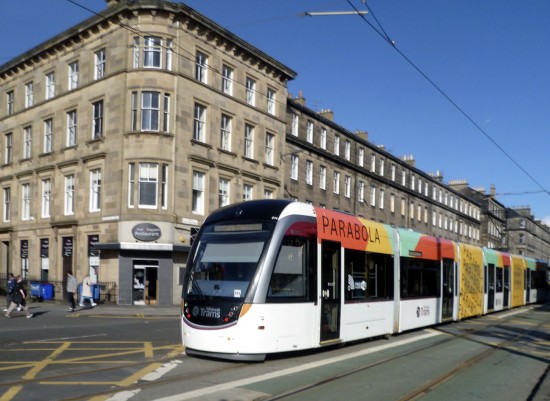 The bright adverts of Parabola immediately jump out at you as we see 274 in West Maitland Street as it moves away from the camera and towards West End and then eventually York Place. 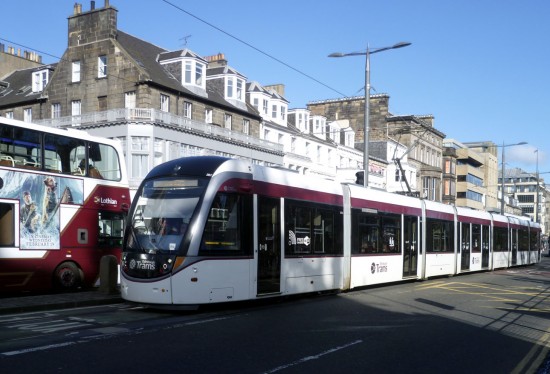 Another look at one of the trams in the fleet which can be found without any adverts on the exterior as 267 is caught in Princes Street bound for the Airport. (All Photographs by Roy Calderwood, 29th February 2020)