Following the disapointing news that Stockport 5 will not be making the trip from Manchester to Beamish for the museum’s tramway anniversary celebrations, the Heaton Park Tramway has now confirmed that the tram will instead be relaunched at their own Spring Gala event on Sunday 24th March. This follows the workshop attention lavished upon the car over winter, which has included the application of authentic period style advertisements to its decency panels.

Hopes have also been raised that car 5 may still make it to Beamish at some point in the future, with both its owners and Beamish Museum expressing willingness for the proposed loan to go ahead next year. For the time being though, anyone wishing to see the high quality work carried out on 5 over the last few months will need to visit it at Manchester, and next week’s event should be the perfect opportunity to do so. The tram is due to be launched back into traffic at approximately 12:45pm, and should enter public service for the first time this year shortly afterwards.

The Heaton Park Spring Gala promises to be an action-packed day at this tramway, with plenty of other attractions lined up – and as is usual for Heaton Park events, there could be a few extra surprises on the day itself! The other major highlight should be the return of Leeds 6, which has spent almost three years at Beamish but is due to return home within the next week. The car is in need of some remedial attention, but this should not prevent it from operating in passenger service at the park on the 24th and is of course fully serviceable, having been a regular performer all winter. The operating tram line-up is completed by Blackpool 623, which will start and end the day’s service, and Manchester 765. It is intended that all four trams will be operating simultaneously for part of the afternoon.

Those of you who prefer photographing trams to riding on them will also be well catered for; during the morning a tram will be posed at the Middleton Road park gates, commemorating 80 years since trams last ran along this road. There will also be a further photo opportunity at Lakeside later on in the day. Tram Driving Experience trips will also be available from about 2:00pm, with visitors able to drive Brush car 623 for a return trip along the tramway for the bargain price of just £10.

With such a varied programme of events on offer, hopefully the first major event of 2013 at the Heaton Park Tramway will be a huge success, and some of the enthusiasts left disapointed by the recent news about Stockport 5 will come to see it at the park to celebrate the completion of its recent makeover! 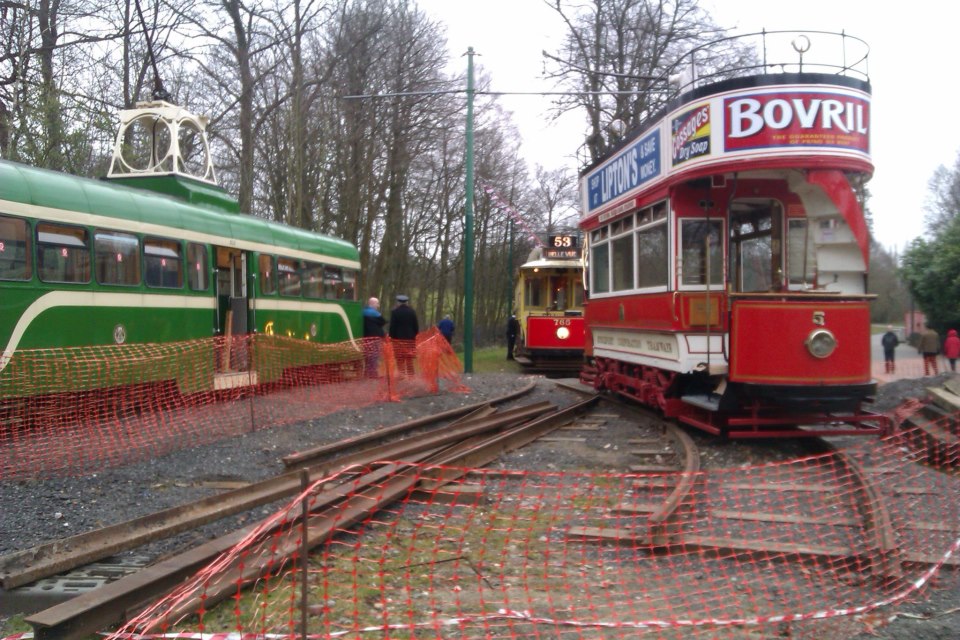 A preview of the March 24th event, with three of the stars of the show - Blackpool 623, Manchester 765 and Stockport 5 - together at Lakeside on March 3rd. This was the occasion of 5's first test runs along the line following its overhaul. (Photo by Joe Savage)