Posted on Saturday 28 December 2019 by Gareth Prior

The 15 years ago photo was taken on 18th September 2004 and shows Brush 631 standing at Gynn Square with a special to Pleasure Beach on a sunny illuminations Saturday. At this point in 631’s history it was in an all over advert The Laughing Donkey Family Bar on South Pier which was a fairly simple but effective ad. This advert had been first seen on 631 the previous year and would remain in place until 2007 when a new advert for Walls Ice Cream came along. 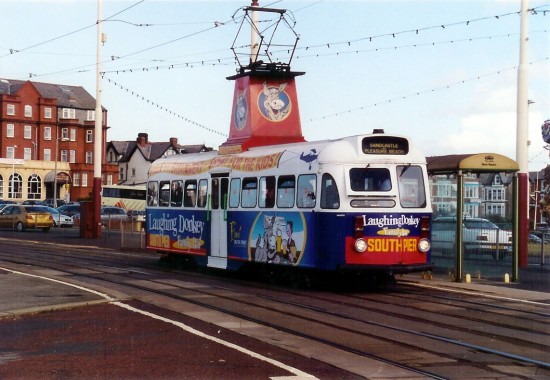 By 2019 and 631 was back in fleet livery and is now yet another tram we have featured in this series which is part of the Blackpool heritage fleet. This livery had been applied to the tram in 2014 with the tram having previously run in the partially removed Walls Ice Cream livery. The tram is seen in this picture at Pleasure Beach on 27th September 2019. 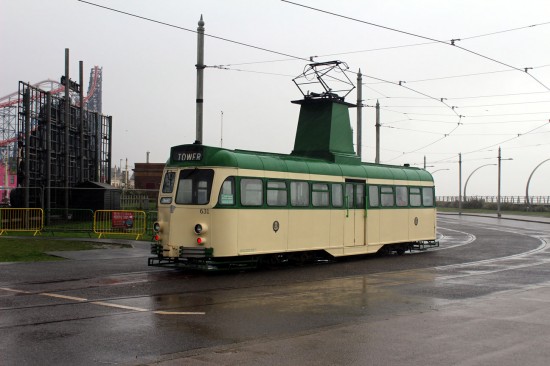