Anyone for an ice cream?! This edition of “15 Years Apart” is back in Blackpool for yet another view of a Balloon Car, this time around its 719, another tram which has undergone changes over the past 15 years.

Back in 2004 and it wasn’t exactly as if 719 was just a normal Balloon as it carried an all over advert for Walls Ice Cream, its second design for this sponsor which still featured additional moulded sections on top of its standard bodywork. By this second design the ice cream counter originally provided had long gone but nonetheless it was still a unique tram in the fleet. This yellow, red, blue and silver advert had been applied in the summer of 2001 and would remain in situ for a further two years. 719 is at North Pier on 11th September 2004. 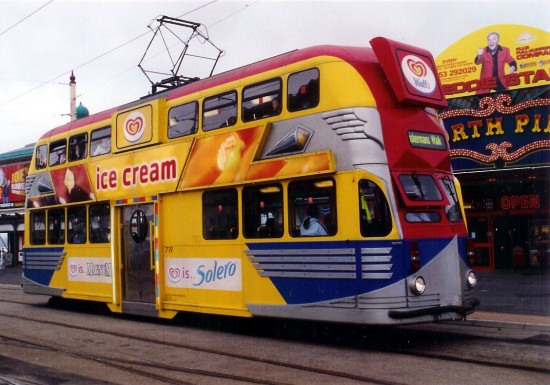 By 2019 and 719 has become a member of the “B” fleet of trams with the widened centre entrances although as with the majority it has rarely been used for this purpose up to this point. Receiving the modern purple and white Flexity type livery the tram occasionally sees use on heritage tours such as on 26th May 2019 when it was seen at Bispham. 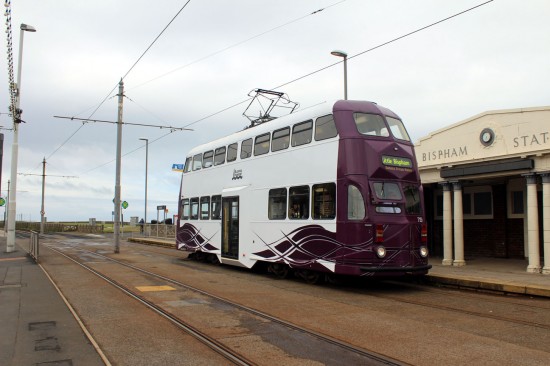