Posted on Monday 16 December 2019 by Gareth Prior

As we reach the half-way point of “15 Years Apart” we again feature a tram from Blackpool but as we saw earlier this month this is a tram which has since moved away and been preserved at Crich. The tram featured below is Brush Railcoach 630.

In 2004 630 was carrying an all over advert for Karting 2000, which was the first of two designs it would carry for the same sponsor. The mainly yellow livery was first applied in 1998 and so by the time of this photo was some six years old but despite the age a little but of wear and tear here and there it was still a fine sight adding some added colour to the Prom. Karting 2000 used to be located alongside the Starr Gate car park but was evicted from there when the tramway upgrade came and moved alongside South Pier. We see the tram here at Cabin on 7th September 2004. 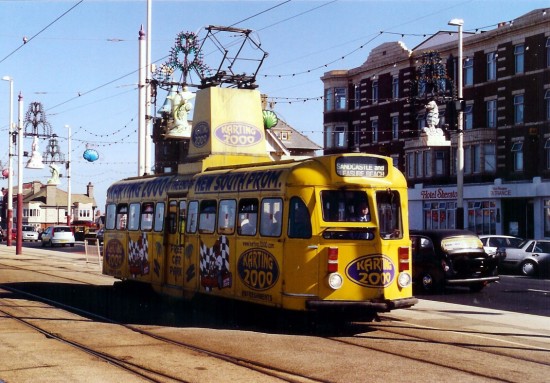 Fast forwarding to 2019 and 630 can now be found at the Crich Tramway Village where it has become a useful all weather tram, although its modern interior and revised exterior look is always a point of debate for many enthusiasts. Repainted in its post overhaul green and cream livery when it was moved to Crich after the closure of the traditional tramway it has remained in this style ever since as seen here at Glory Mine on 22nd September 2019. 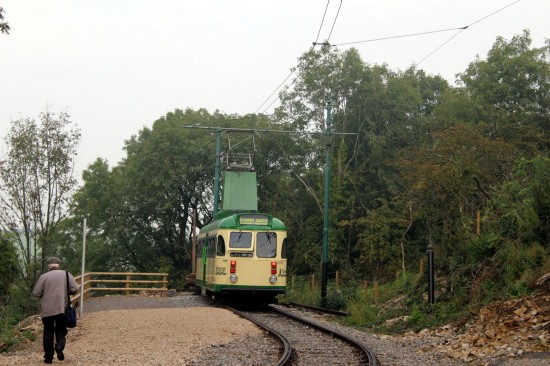