It’s the turn of Blackpool again in this instalment of “15 Years Apart” with Brush Car 634 the focus of our attention.

Taken on 18th September 2004 this first view shows 634 approaching North Pier from the north with a service running to Pleasure Beach. At this time the tram was carrying this pretty effective but still simple all over advert for the Cala Gran Holiday Park. This ad was carried by 634 from 2001 and would remain on the tram whilst it was stored at Rigby Road following its withdrawal. 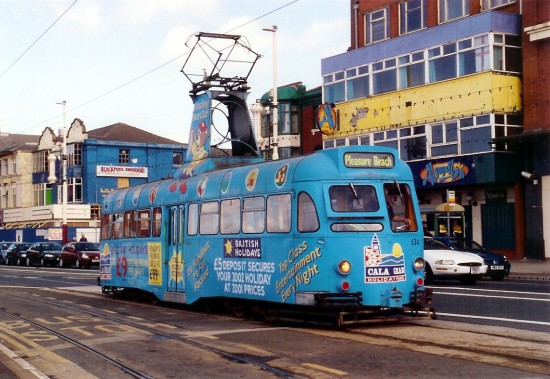 634 was privately preserved and departed Blackpool for a new life in Rushden where work on restoring the tram was undertaken which included a repaint into green and cream in 2010, losing its 2004 advert in the process. Since then the tram had become part of the heritage fleet in Blackpool once more but is not yet operational. It is part of the plan for it to head through the workshops for electrical work in the future but for now remains stored although was displayed on Blundell Street during this year’s September Spectacular event as seen below. 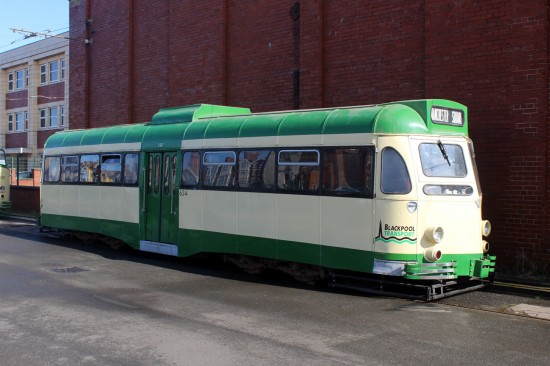