Its time to take a look at another heritage tram which ran in service during 2019 – Blackpool Balloon 717.

Of all the Balloon Cars operational on the Blackpool Tramway probably the one which gets the least attention from enthusiasts is 717. Overhauled during the early years of the 21st century thanks to a bequest the resulting tram was a pseudo original condition second series Balloon Car with some modern features alongside the more traditional parts. Spared the widened centre entrances it is now very much part of the heritage fleet seeing regular use throughout the year.

Our first photo shows 717 waiting on Little Bispham loop to return south to Pleasure Beach on 26th May 2019. 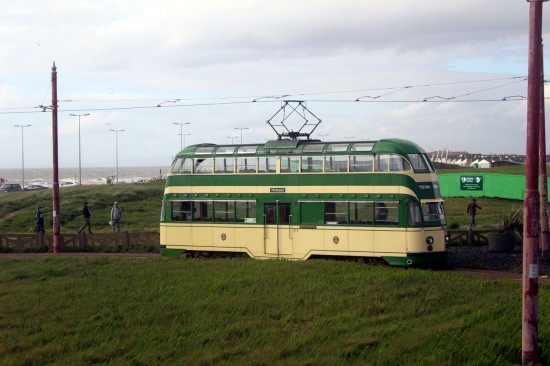 Then on 28th September 2019 we see 717 again, this time it is at Manchester Square where it is heading down to Pleasure Beach. 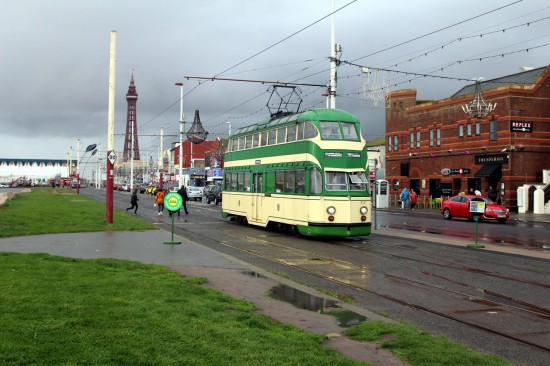