It is back to Blackpool for another look at a tram “15 Years Apart” with Brush Railcoach 621 the focus of today’s instalment.

In 2004 621 was in its final season of operation on the oldtramway and was also in its fifth year of carrying this all over advert for the Pleasure Beach’s Hot Ice Show. This was the second design for the same show carried on the tram (the first had included extensive use of contravision) and was a fairly simple and straightforward design, adding some additional colour to the tramway. At the end of 2004 the tram was withdrawn and would in fact end up retaining this advert until resurrection for the heritage service in 2017. We see the tram arriving at Cabin on 7th September 2004. 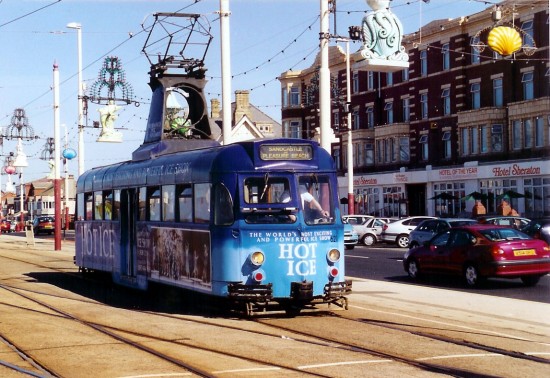 In the next 15 years 621 was withdrawn, sold, moved to Beamish before returning to Blackpool and then being restored to service with, at the time, the most extensive works undertaken under the Heritage operation being completed in time for it to be launched to help celebrate the 80th anniversary of the Brush Cars in 2017. Two years later in 2019 and 621 remains in service carrying the original fleet livery style complete with Corporation crests. On 29th September 2019 621 is just approaching Manchester Square with a heritage service to Bispham. 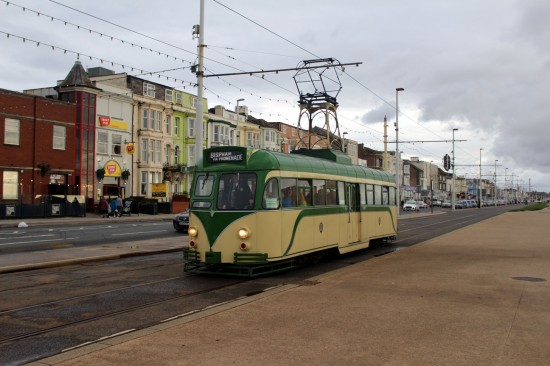