In Pictures: Antlers return to Edinburgh

Posted on Sunday 24 November 2019 by Gareth Prior

As we approach the countdown to Christmas with towns and cities across the UK switching on their festive lights with some of the bigger cities also having Christmas Markets to traipse round looking for that special gift it is also time for some of our tramways to get into the spirit and one of the first to do so is Edinburgh Trams. You may remember last year a number of trams not only received antlers on the sides but were also named after Santa’s reindeer and it looks set to the same again this year with 269 being spotted just so recently.

269 – which is currently in standard fleet livery after the removal of its American Express adverts – has received the name Cupid (last year applied to 271) as well as the antlers. Both name and antlers are a slightly different style to last year and remain a nice touch in the lead up to Christmas. 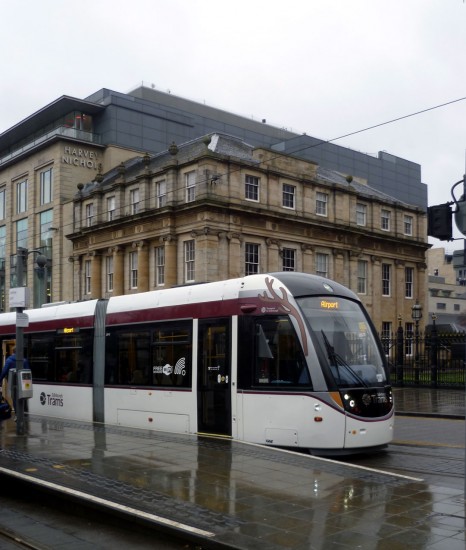 269 stands at St Andrew Square when operating to the Airport with its all new antlers. 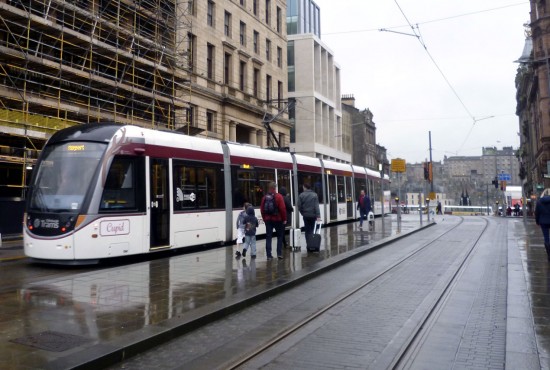 With the tram reflected in the wet platform another look at 269 showing not only the antlers but also its new temporary name. Both antlers and name are larger this year. (Both Photographs by Roy Calderwood, 23rd November 2019)