In Pictures: Metrolink at twilight

As the nights draw in, the chance to get photos of trams in twilight and the dark increases with even late afternoon seeing very little natural light in the sky. Armed with his camera on 12th November, Steve Hyde was in Manchester City Centre and took a few photos of Metrolink at St Peter’s Square and Deansgate-Castlefield. 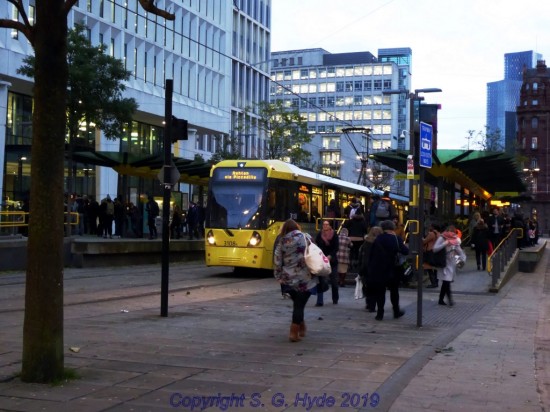 In the late afternoon in St Peters Square 3108 departs towards Piccadilly and Ashton. 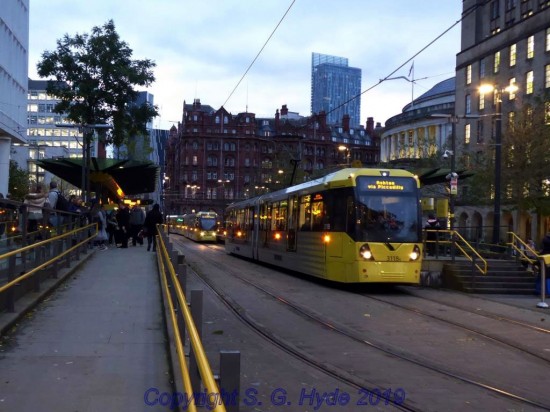 Still in St Peters Square we see 3118 ready to depart on another Ashton service as a coupled set consisting of 3014 & 3040 approach with an Altrincham to Bury service. 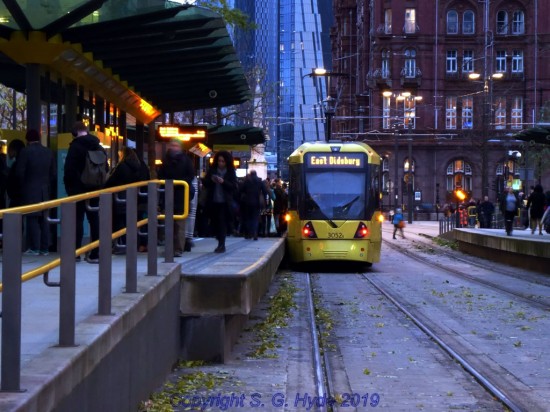 At the St Peters Square 2CC outbound platform 3052 is seen arriving with an East Didsbury service. 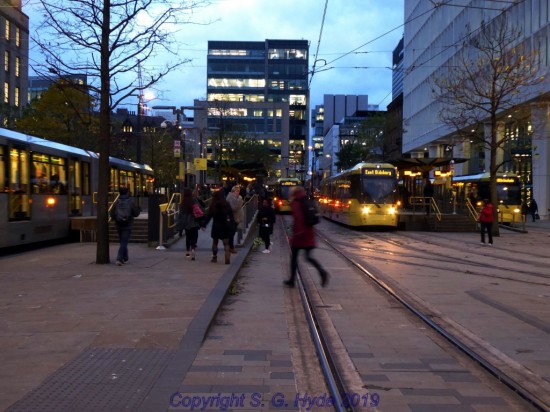 A busy scene in St Peters Square with left to right, 3053 arriving on an East Didsbury to Shaw service, 3101 standing at the 1CC inbound platform ready to depart on a Manchester Airport to Victoria service, 3051 having just arrived with a service to East Didsbury and an unidentified coupled set waiting to depart for Altrincham. 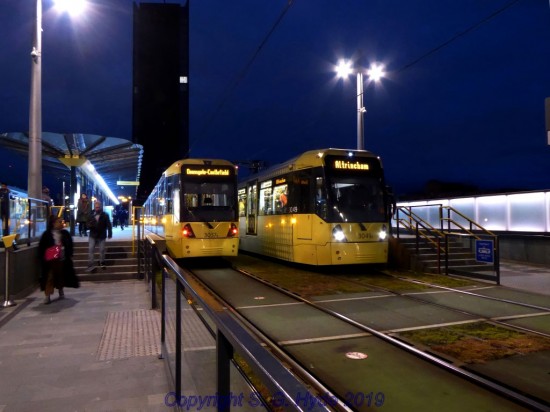 Moving now to Deansgate Castlefield where a double unit comprising 3037 & 3039 arrives with a terminating service as 3049 Altrincham prepares to depart for Altrincham. 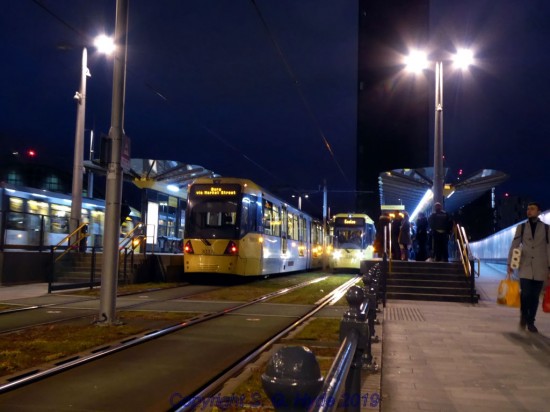 Still at Deansgate Castlefield the double unit comprising 3037 & 3039 has now been set up to depart for Bury as 3114 arrives with an Ashton to Eccles service. 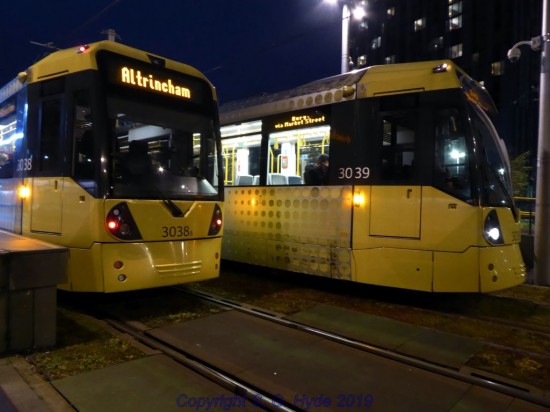 Before leaving Deansgate Castlefield a final photograph showing 3038 at the rear of a coupled set on its way to Altrincham as and 3039 &3037 prepare to depart to Bury via Market Street. (All Photographs by Steve Hyde, 12th November 2019)