Several new safety features are continuing to be installed along the tramway in Edinburgh in the aftermath of the RAIB report into the tragic death of Carlos Correa who died when he was struck by a tram at Saughton in Edinburgh as he crossed the tramway. Various pedestrian crossings on the reserved sections of the tramway are seeing the installation of these new features which include anti-trespass rubber pyramid pads, traditional cattle type grids and chicane bollards to warn pedestrians as they approach the tramway. 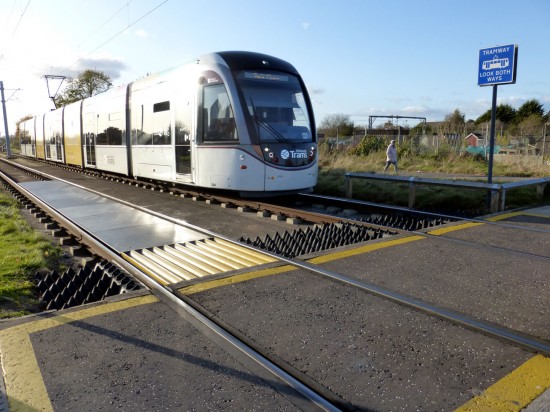 Traditional cattle style grids are in place here to dissuade pedestrians from taking a walk along the tramway. Metal sheeting has also been applied on the track beyond here, a previous safety feature recommended at tram stops by the RAIB with stops in Blackpool seeing something similar. 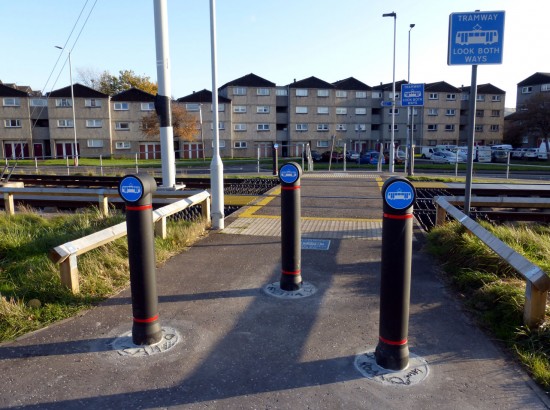 Bollard chicanes are also being put in place warning pedestrians that they are approaching the tramway and hopefully causing them to show a little bit of caution before marching out onto the tramway. 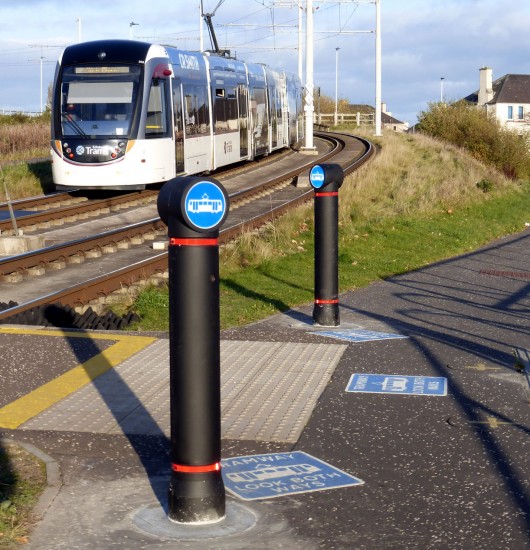 As most people nowadays have head down signs have also been placed on the ground warning that they are approaching the tramway. 253 heads to York Place in the background. (All Photographs by John Hampton)

2 Responses to In Pictures: New safety features on Edinburgh Trams