In Pictures: A day of disruption for Supertram

Posted on Tuesday 29 October 2019 by Gareth Prior

Saturday 26th October was a day where the service across the Stagecoach Supertram network was disrupted – firstly, by the pre-advertised service suspension from Cathedral to Middlewood and Malin Bridge before and after the Sheffield Wednesday v Leeds United football match at Hillsborough but also by flooding between Rotherham Parkgate and Rotherham Central which saw the Tram-Train service having to be diverted to Meadowhall.

As we had mentioned on these very pages ahead of the day as a result of problems on the trams last year when Wednesday played Leeds and with Supertram unable to come to agreement with the football club on ways to prevent similar incidents the decision had been taken for the Blue and Yellow routes to be turned short at Cathedral for a couple of hours before and after the match (although they did run during). This led to trams returning to depot with the fairly unusual for during the day sight of Cricket Inn Road as a destination. During this revised service – which was fully timetabled – all trams used the platform closest to the Cathedral (as is used by the Purple route trams when they terminate and head back to Herdings Park).

The same day also saw heavy rain in many areas of the UK with South Yorkshire not immune leading to flooding on the Tram-Train route at Rotherham. The Tram-Train route between Rotherham Central and Rotherham Parkgate runs close to the canal and the heavy rain had seen this overflow onto the railway and tram route here preventing any rail borne vehicles from running (the Northern Rail service through the area was also suspended). The service remained suspended into Sunday 27th October before the line was cleared for operation again. Whilst the Tram-Train route was closed off the service still ran from Cathedral but instead of turning off just after Meadowhall South it continued through to Meadowhall giving this stop an extra three trams an hour! 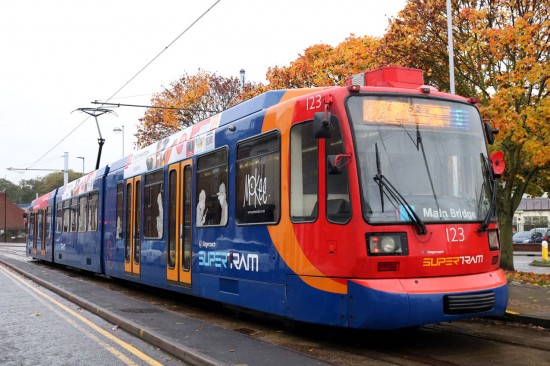 During the match and trams did return to running through to Malin Bridge and Middlewood. In this view we see 123 at Malin Bridge. Note the poppy on the tram – more on that story later this week. 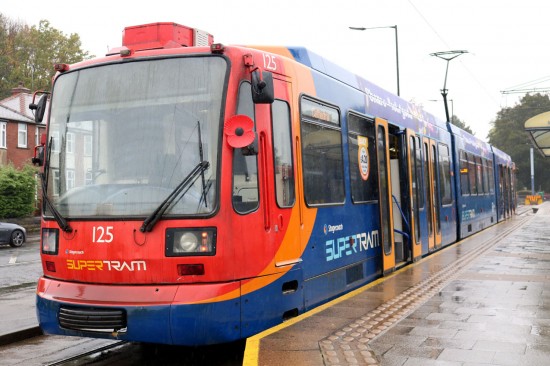 Whilst at Middlewood we see 125. 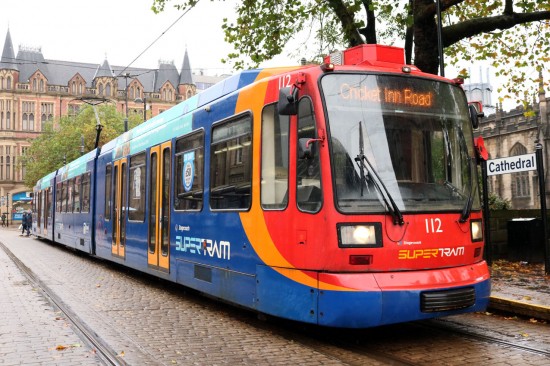 Cricket Inn Road is not a destination you see much during the main part of the day with it used for trams returning to depot but with fewer trams required during the reduced service it was used for those heading back to Nunnery Square. This image shows that very destination on 112. 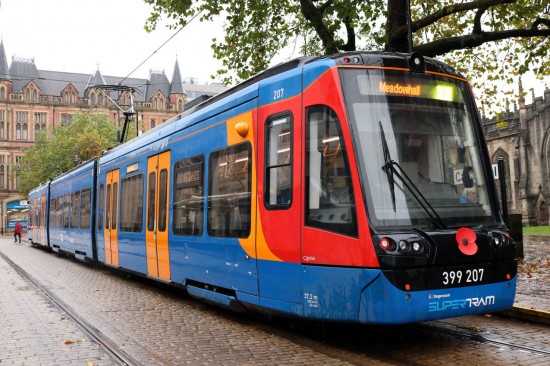 207 stands at Cathedral with a service to Meadowhall. 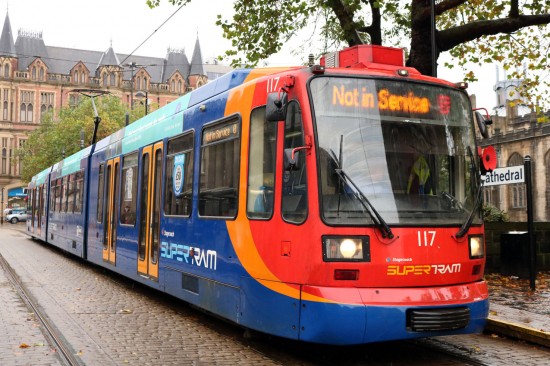 117 with Not In Service on its destination screen. It too is seen at Cathedral. 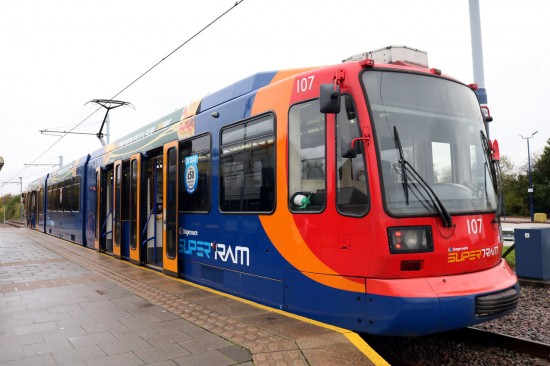 Away from all the disruption at Halfway where we see 107 standing at the platform. (All Photographs by Trevor Hall, 26th October 2019)