In Pictures: Manchester 173 at Victoria

Posted on Friday 25 October 2019 by Gareth Prior

Sunday 20th October saw Manchester 173 make a rare trip away from the Heaton Park Tramway as it was displayed at Victoria railway station, part of a special event held to celebrate the 175th anniversary of the opening of the station. This was the first time since 2014 that 173 has left Heaton Park (when it went to Leeds on two separate occasions) and except for the odd outside display during special events on the tramway it has been kept in the depot awaiting workshop space for a start to be made on its full restoration so the sight of the tram outside the station proved popular with visitors. 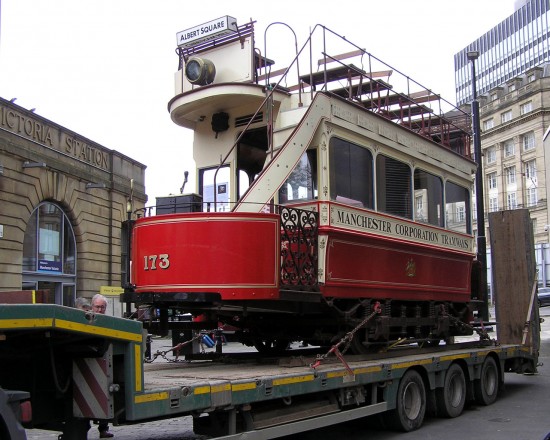 Remaining on the lorry throughout the day the tram was parked up outside the pedestrian entrance to the railway station. In this first view we see the tram gaining some attention. 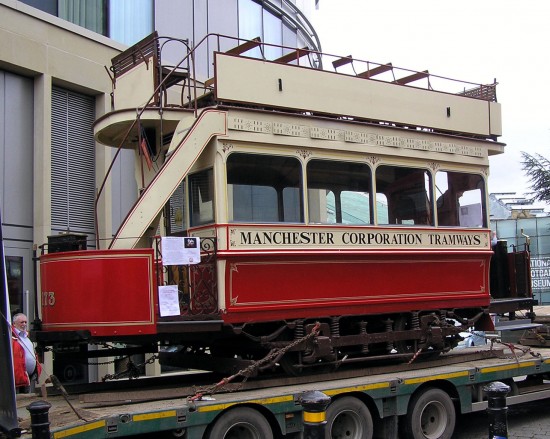 Another view of 173 from the other side with information sheets attached to the tram. The National Football Museum can be seen on the right hand side. (Photographs x2 by Keith Chadbourne) 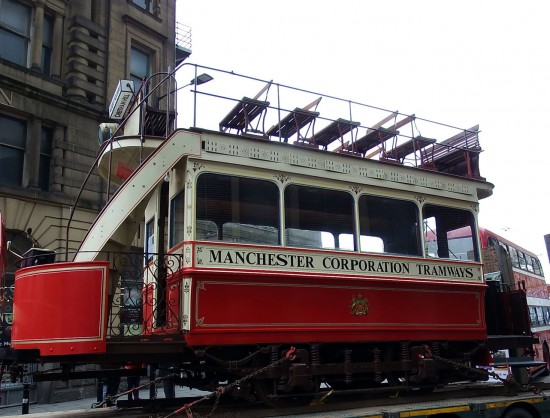 One final view of the tram on display. With the tram rarely seen out in the open it is certainly good to see the tram enjoying a brief spell in the limelight. (Photograph by Steve Kemp)

2 Responses to In Pictures: Manchester 173 at Victoria