Posted on Friday 4 October 2019 by Gareth Prior

It was a tour which should have provided the first chance to ride on Standard 143 but turned out to be a tour which utilised three different trams (sort of) as the evening took many different twists and turns! Returning after a number of years the Fylde Tramway Society’s Illumination Tour was due to set off from North Pier/Tower at 1800 for a trip to Fleetwood, back to Pleasure Beach and then to Fisherman’s Walk and back through the illuminations to North Pier/Tower but in the event it ended up being very different to that!

As already reported on these pages unfortunately the motor defect suffered by Standard 143 during its launch four days earlier had meant that it wasn’t possible for that tram to fulfil its planned role and so its replacement was Bolton 66, a fine replacement for an evening on the Blackpool Tramway.

All seemed to be going according to plan with a leisurely trip up to Fleetwood Ferry where a short half hour break was scheduled. Unfortunately, that’s when things started to go a little (more!) awry! When 66 had returned to service after its overhaul earlier this summer after it had been suffering with hot box issues but in recent times these had seemed to have died down but alas they were to return this evening. With the crew concerned over a hot axle box, fitters were summoned but were due to come from Starr Gate (obviously at the very far end of the tramway from where 66 was to be found!).

Bolton 66 had been stabled on the loop line at Fleetwood Esplanade and with tour participants waiting – many of whom had ended up back on the tram to keep out the wind and chilly evening – the decision was taken to “go and find another tram”! In order to get another tram it was necessary to go back towards Blackpool and the easiest way to do that? Hop on board a service tram! The next available tram was to be Flexity2 014 (itself only having recently returned to service) and this duly became the first modern tram to be used on a FTS tour!

With the remaining tour participants on board 014 made its way back to Blackpool and then at Manchester Square it was time for another change of vehicle! The crew for the tour had also taken 014 back and headed off to depot to get the next tram, which was to be Centenary 648 (practically as far away from Bolton 66 – or Standard 143 for that matter – as you could get!). Picking up passengers just north of the platform at Manchester Square, 648 then used the Foxhall crossover before heading down to Starr Gate and then through the illuminations to Bispham. After reversing there it was back to North Pier and then into depot.

It was not the tour that was planned but it was certainly an eventful and entertaining evening – three trams for the price of one after all! Full credit has to be given to those from Blackpool Transport and the tour organisers for making the best out of a bad situation and ensuring everyone still got home at a fairly reasonable hour. I suppose when I realised I had ticket number 13 I should have realised things might not quite have gone according to plan! 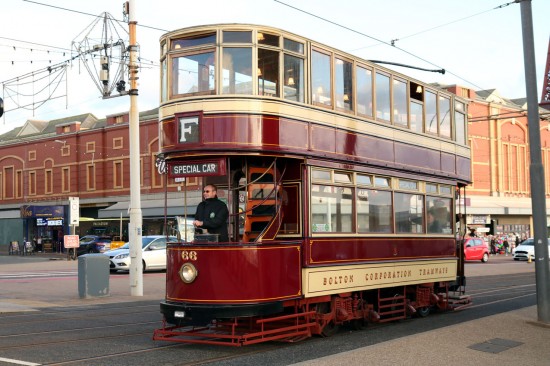 Bolton 66 arrives for the tour at North Pier/Tower. 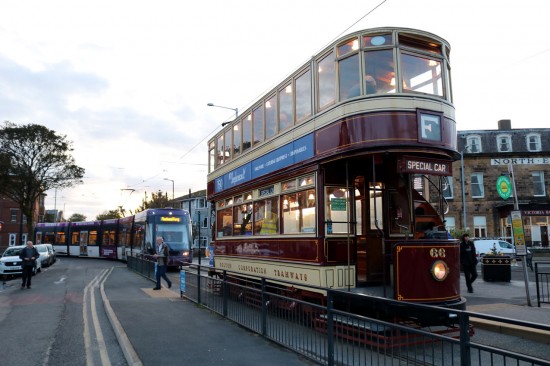 Having arrived at Fleetwood Ferry passengers disembark as a Flexity waits to access the platform. 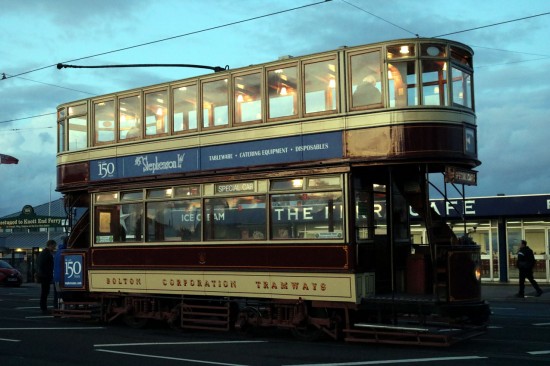 66 has now moved onto Fleetwood Esplanade and waits for a fitter to look at its hot box. (Photographs x3 by Trevor Hall) 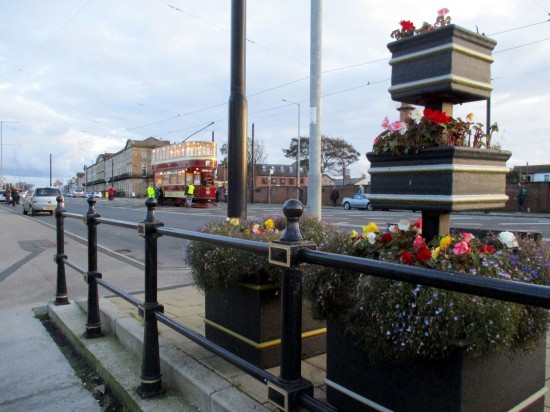 Another look at 66 on Fleetwood Esplanade. (Photograph by Stuart Cooke) 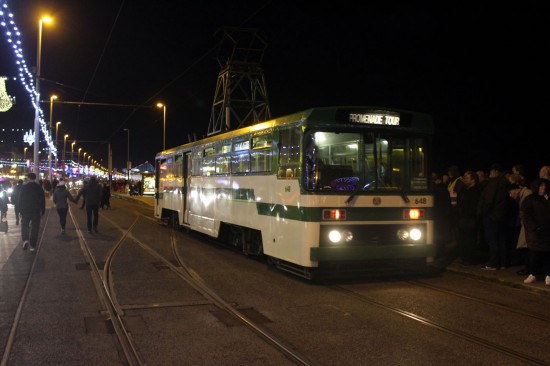 The third and final tram of the night, Centenary 648, waits at Manchester Square as passengers board for the final legs of the tour. (Photograph by Gareth Prior)