In Pictures: Trams outside Manchester Central

Probably the busiest section of tramway in the UK on a regular basis is that between St Peter’s Square and Deansgate-Castlefield (and on to Cornbrook) with trams from no fewer than four routes all converging (some of which have more than one service running onto them). This leads to trams every few minutes running along this congested section. In this short pictorial we take a look at some tram movements in this section on Saturday 14th September 2019. Hazel Quarmby provides the photos. 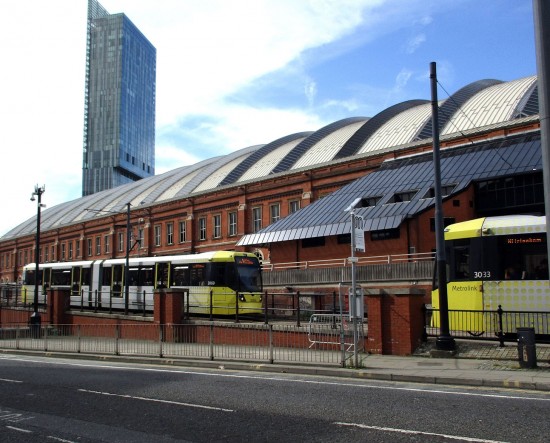 As 3069 comes off the viaduct leading to the stop at Deansgate-Castlefield as it heads off to Ashton-under-Lyne we also see 3033 leading a service for Altrincham about to ascend. 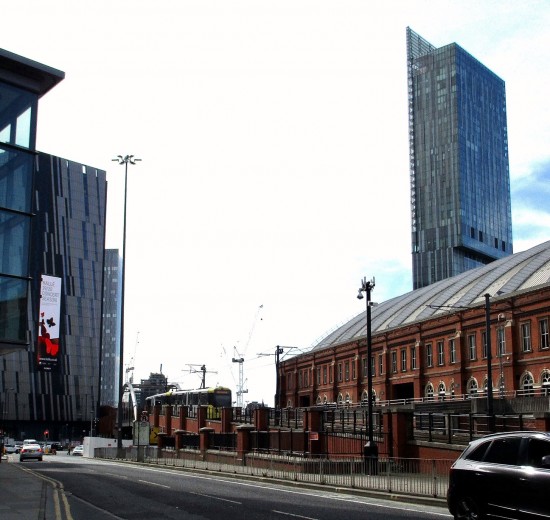 Architecture from very different era clashes with the Beetham Tower – containing a Hilton Hotel – looms large over the former Manchester Central railway station now a major conference and exhibition centre. On the left we also see the Bridgewater Hall. Oh, and there is even a tram ascending the viaduct. 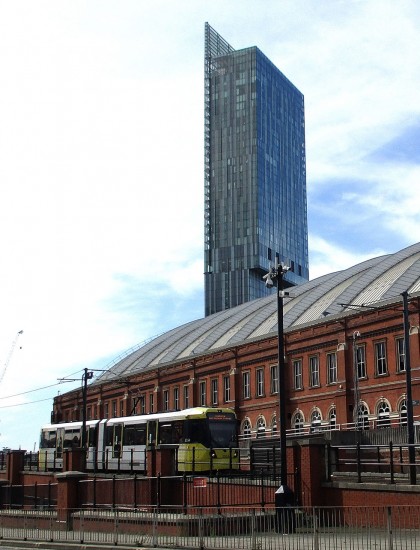 3094 heads down the ramp as it works through to Victoria with a service which would have started at Manchester Airport. 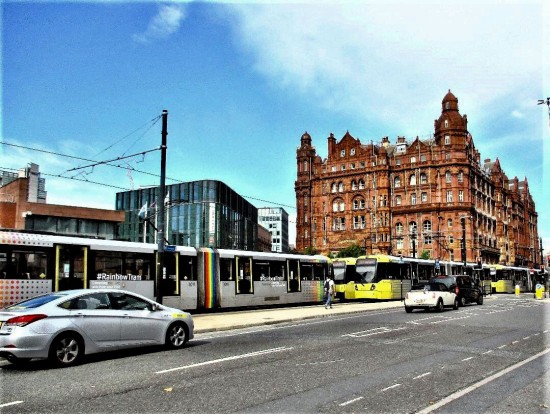 The grand building in the background here is the Midland Hotel, built opposite the entrance to the old railway station and still in use as a high-end hotel. Meanwhile, two double trams pass on Lower Mosley Street which includes 3011 still retaining its vinyls as the Rainbow Tram. (All Photographs by Hazel Quarmby, 14th September 2019)