In Pictures: Centenary 647 gets a lick of paint at NELSAM

Posted on Friday 13 September 2019 by Gareth Prior

When we head to the northeast on these pages it is usually Beamish that we feature but this time we head to Sunderland instead for a trip to the North East Land, Sea and Air Museum (NELSAM) which is home to the collection of the North East Electrical Traction Trust (NEETT). The trams in their collection mainly consist of trams disposed of by Blackpool post-2011 and are stored inside a purpose built depot where some work has recently been undertaken on one of the trams. Trevor Hall visited as shown below.

Centenary 647 was, of course, the very last traditional standard gauge tram built in the UK and was acquired by NEETT following the closure of the traditional Blackpool Tramway at the end of the 2011 season. When withdrawn the tram was in an advertising livery but following the ripping off of these the tram had been a bit tatty in appearance. However, recently the volunteers of the NEETT have started to tidy the tram up which has included a start on painting the tram with the same yellow as used as the base for its advert being used.

If you visit NELSAM please note that the tram shed is not always open and if making a trip specifically to see the trams you are advised to check beforehand to see whether there will be any access possible. The museum as a whole is now open every Tuesday to Sunday (closed Mondays from the start of September) between 1000 and 1600. More details can be found on their website. 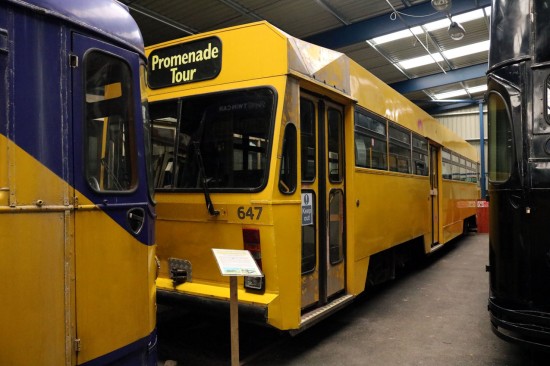 With Twin Car 674+684 in front and Balloon 721 to the right we see Centenary 647 here showing off the improvement to its condition thanks to a touch of paint. 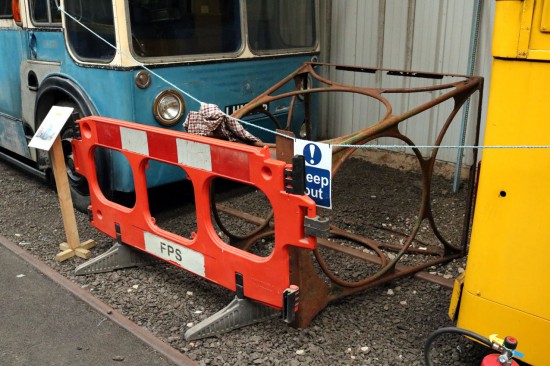 Also on display in front of Bradford trolleybus 835 is a trolley tower, believed to be off the Twin Car. (Both Photographs by Trevor Hall, 7th September 2019)