Posted on Wednesday 11 September 2019 by Gareth Prior

Riding on open cars during the summer along the seafront – what’s not to like (unless of course its raining!) One of the seaside lines we feature on these pages is the unique Volk’s Electric Railway which runs along the seafront at Brighton between the Palace Pier and Black Rock – and this one really does run along the seafront! In this pictorial we take a look at the trains running on this line at the end of August 2019 when a two train service was running with 9 operating singly and usual pair 7 and 8 also in action. David Maxwell paid a visit. 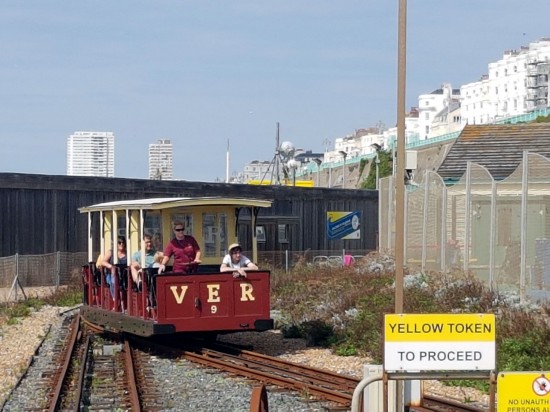 One of the most regular performers in recent years on the VER has been no. 9 which is just a mere 109 years old (only no. 10 is newer). An open car it runs as a solo train and has enjoyed a repaint into the simple livery. We see it here approaching the Halfway stop, also home to the depot and workshop. 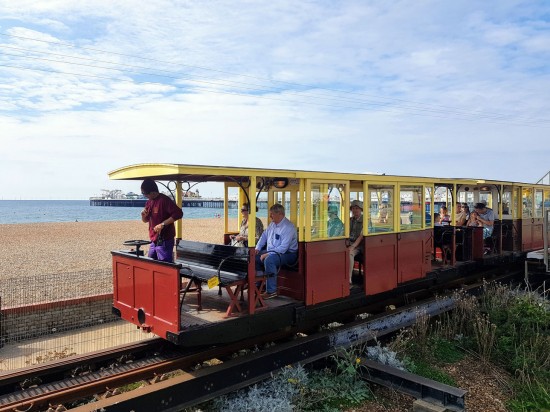 Two cars which have to run as a double – due to their control systems – are 7 and 8, both of which were built in 1901 (the third class member built as this time is 6 which was one of those to be rebuilt at Alan Keef). This view shows 7 leading 8 away from the Palace Pier terminus although no fleet number is currently carried. 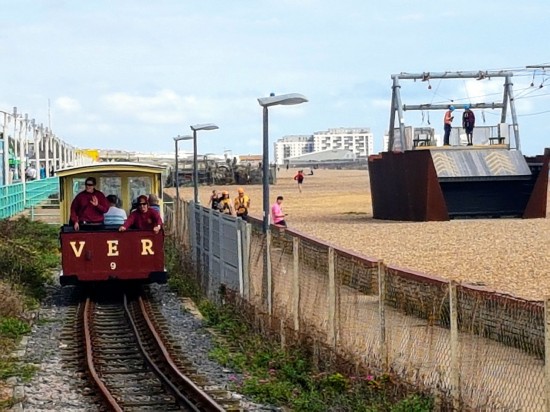 Brighton is for the thrill seekers as evidenced by the zip wire on the beach to the right here. For those who prefer a more sedate pace of life 9 and the Volks Electric Railway is the way to go! 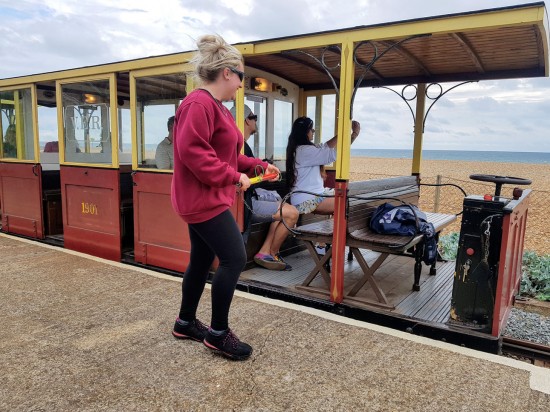 The driver of 7+8 gets the single line token to allow her to proceed further with another trip along the line. 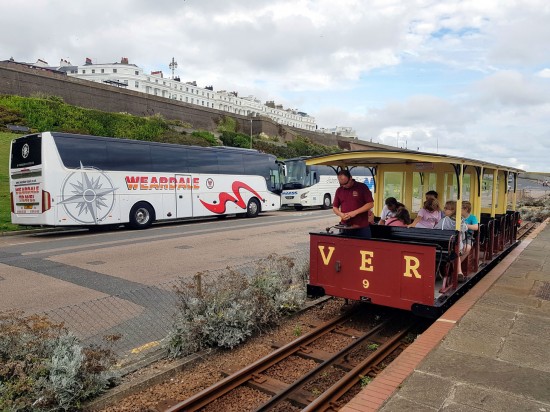 With a coach park located alongside the VER there are plenty of coach parties who enjoy a trip on the line. Here we see the driver of 9 waiting departure time from the Black Rock terminus. 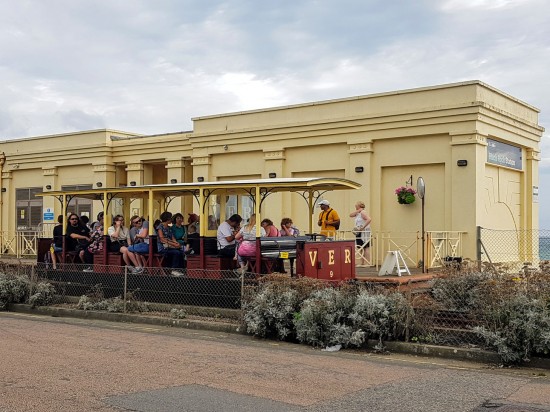 It looks like a busy journey is on the cards for 9 as it continues to wait at Black Rock. 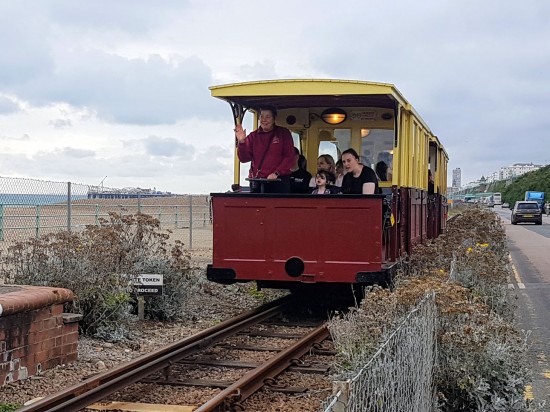 The unnumbered 7 leads 8 along the line as it arrives at Black Rock. The Palace Pier can be seen in the background. 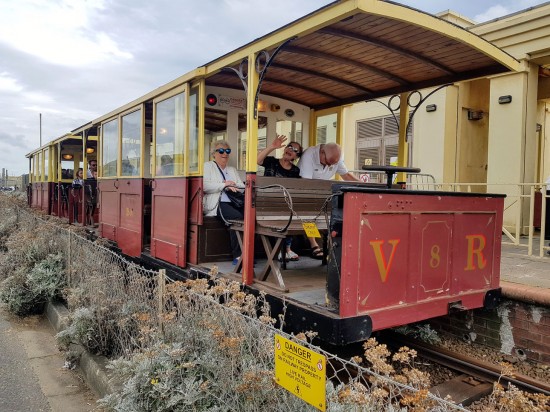