We continue our look at some of the trams of Nottingham Express Transit this week with another view taken on day two of the network.

The below photo shows 207 at the island platform terminus of Phoenix Park on 10th March 2004, which as mentioned above was the second day of public service on Nottingham Express Transit. The tram is in the original fleet livery, a livery which has now been superseded not once but twice with the Bombardier Incentros now enjoying a second mid-life refurbishment and a third livery style. With a large park and ride site and a location off a junction of the M1 Phoenix Park was very much conceived for commuters to travel to the outskirts of Nottingham and then take the tram to the city centre although there are also a number of businesses located here allowing for the reverse commute as well. 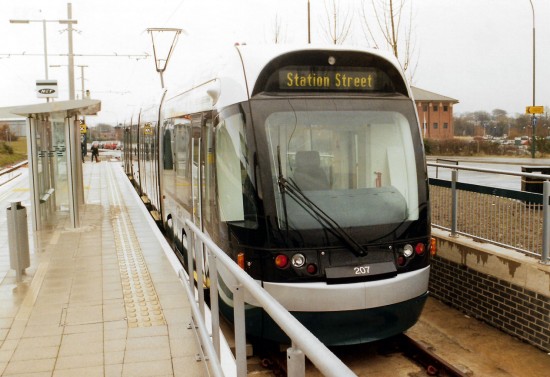