In Pictures: Unusual destinations on Metrolink

Posted on Friday 23 August 2019 by Gareth Prior

We get used to seeing certain destination displays on trams with the same services running day after day but a recent, and ongoing, track problem at Victoria has led to different displays on Manchester Metrolink with services for Manchester Airport and between East Didsbury and Rochdale switching routes through the city centre (Airport onto 2CC and East Didsbury-Rochdale onto 1CC – the problem means that it is not possible to access the outer platform A at Victoria from 2CC hence the change). It would appear that these changes will also be continuing for quite some time as the points which are causing the issue require bespoke parts ordering and so it will be necessary for the two routes to be swapped for a while yet. And if those different displays weren’t enough for you on Monday 19th August there were further changes on the Rochdale line as because of the discovery of a “non-viable” suspect package trams from East Didsbury could only run as far as Newton Heath and Moston (a service also ran Westwood-Rochdale). In this pictorial we take a look at the trams running with these unusual destination displays with thanks to Steve Hyde. 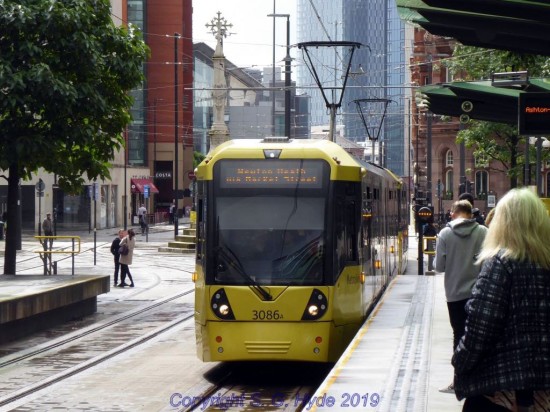 Taken at St Peters Square as 3086 arrives from East Didsbury with a service to Newton Heath and Moston. This has been diverted to run via Market Street due to a track defect at Victoria and is also terminating short at Newton Heath due to the discovery of a suspect package between Freehold and Westwood in Oldham. 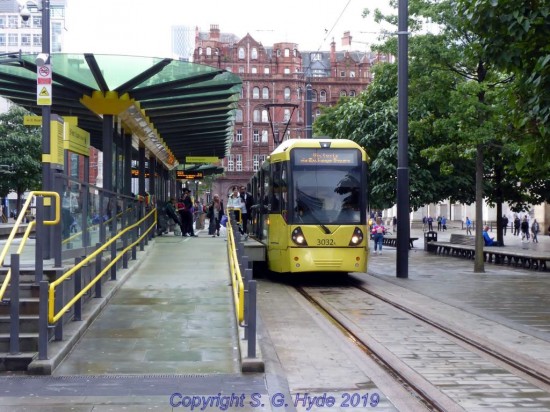 Still at St Peters Square 3032 arrives at the 2CC inbound platform from Manchester Airport with a service to Victoria diverted due to the track defect at Victoria. 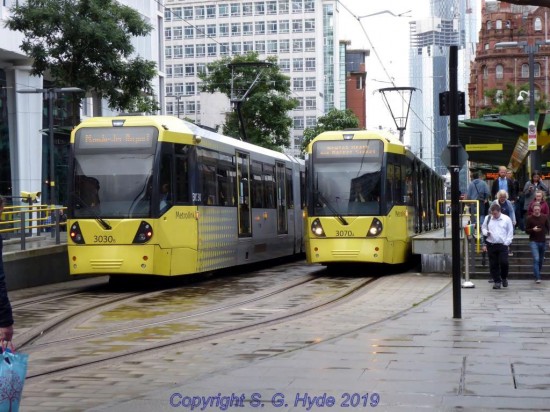 Again at St Peters Square a pair of services diverted and amended due to track and police incidents. 3030 arrives in the 2CC outbound platform with a diverted service to Manchester Airport as 3070 stands at the 1CC inbound platform waiting to leave for Newton Heath. 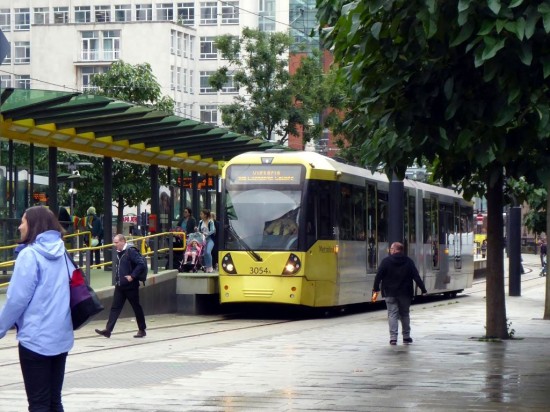 3054 at St Peters Square2CC inbound platform on a service to Victoria from Manchester Airport. 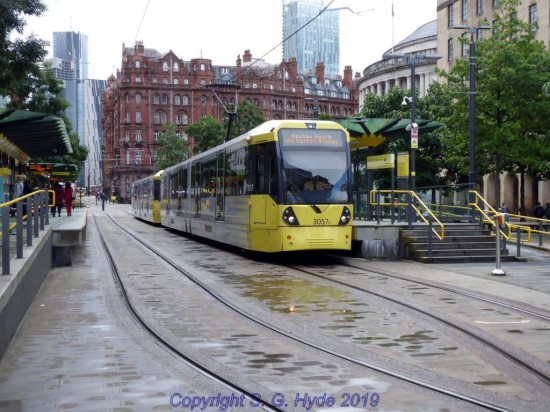 A diverted East Didsbury to Oldham Rochdale Line service headed by 3057 waits to depart from the 1CC inbound platform on its way to Newton Heath. 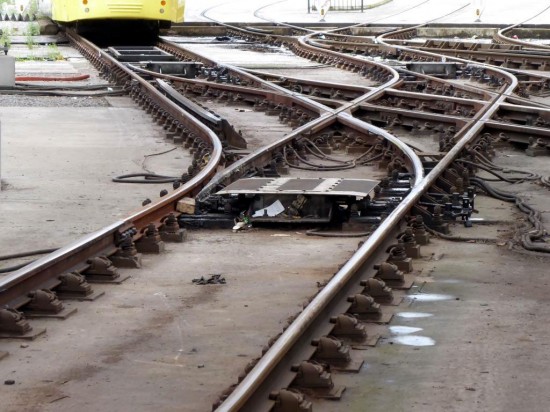 These are the points at Victoria which have initiated the diversions, a temporary repair has been made to allow trams to operate from the inbound platform towards Shudehill and Market Street. 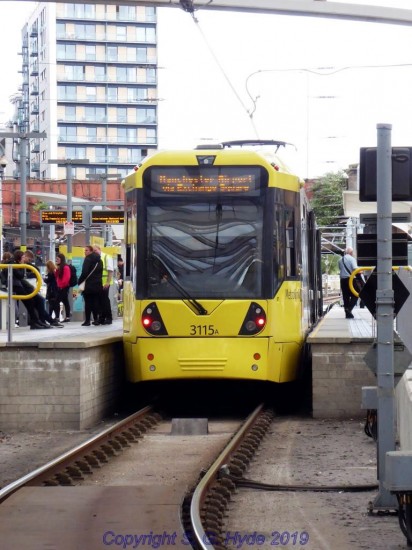 At Victoria 3115 awaits departure for Manchester Airport with a service diverted via Market Street. 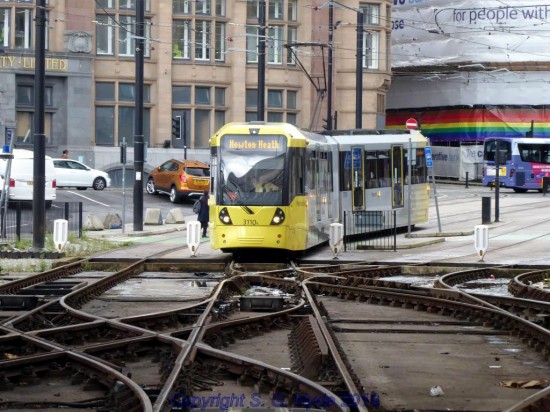 Having descended Balloon Street 3110 enters Victoria Station on a journey to Newton Heath having been diverted via Market Street. 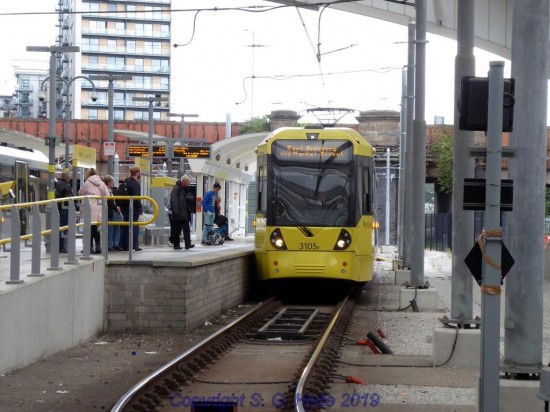 Standing at the inbound platform we see 3105 awaiting departure for East Didsbury via Market Street. (All Photographs by Steve Hyde, 19th August 2019)