In Pictures: A look at the East Anglia Transport Museum

On a visit to the East Anglia Transport Museum on 17th August there was a standard two tram service running with the currently only serviceable trams in action – Blackpool 159 and Sheffield 513. Paul Lemon made the trip east on this day and as well as seeing those two trams in service also took a peek at the expansion works now underway.

The museum is home to five normally operational trams plus long-term restoration project Lowestoft 14 but currently only 159 and 513 are available for service, although are having to be stabled in the open for the time being. We saw a few weeks ago that Amsterdam 474 has been lifted and its truck removed for overhaul whilst both London Transport 1858 and Blackpool Marton VAMBAC 11 are “off the road” with faults. For 11 a note on the tram confirms that this is an electrical fault and that it can’t be considered for service or indeed to move under its own power.

Meanwhile, there continues to be a good start to the expansion project with the narrow gauge East Suffolk Light Railway extension having now crossed the old tramway siding and heading towards the new field. Work has also been started on preparations for the extension of the tramway which will also head onto the new land when completed. 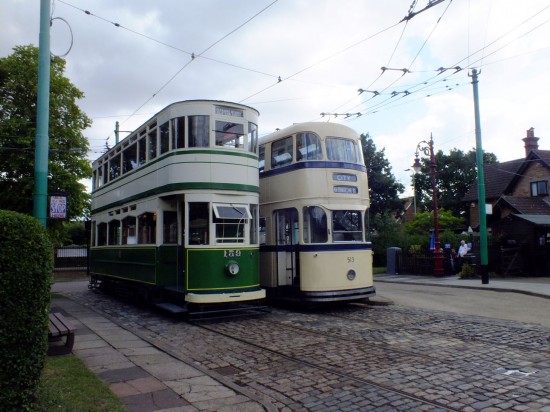 The traditional shot at Carlton Colville at Chapel Road terminus with Blackpool 159 and Sheffield 513 waiting for their next journeys. 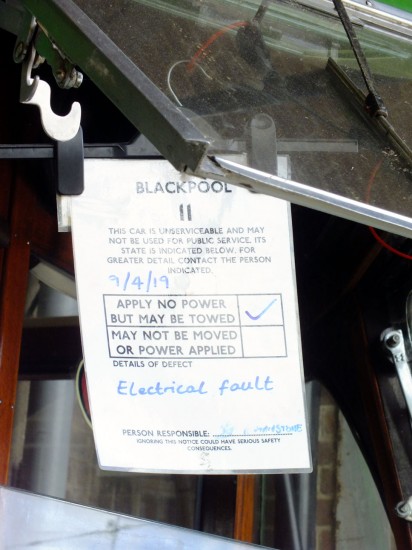 The note on Blackpool 11 showing its currently out of service. 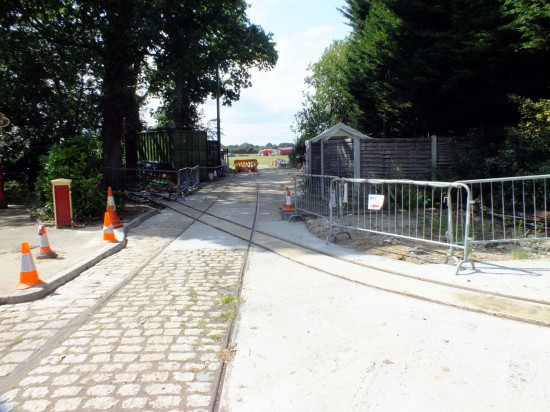 The new land can be seen in the distance here where, as part of the expansion project, the tramline will be extended beyond the current limits of the siding. 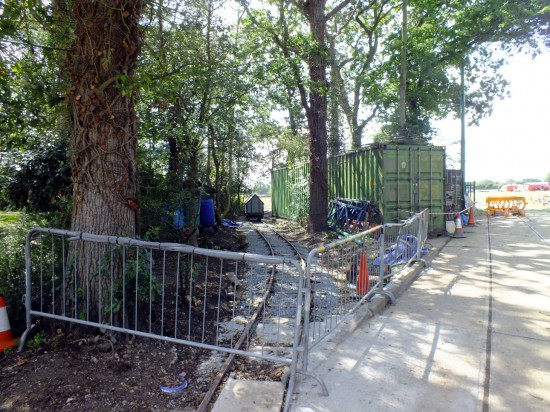 One part of the project which is underway is the extension of the East Suffolk Light Railway and the progress of this line so far can be seen here. (All Photographs by Paul Lemon, 17th August 2019)