In Pictures: Portsdown & Horndean 13 on display

We take a look at another entry into those trams which survive but get very little coverage in this article with views of Portsdown & Horndean 13 which can be found at the City of Portsmouth Passenger Transport Department (CPPTD for short!) museum along with other historic vehicles from the south coast city and its surrounds. Bob Hodges made a recent visit to the museum and has provided us with the below pictures.

The Portsdown & Horndean Light Railway operated from 1903 to 1935 and was run by the Provincial Tramways Company Limited. Operating at the unusual gauge of 4ft 7 ¾ inches the line ran for just short of 6 miles and met the Portsmouth Corporation Tramways system at Cosham where they ran through to Southsea. 24 trams formed the fleet including a solitary single decker with 13 one of a batch built for opening in 1903 by the British Electric Car Company, remaining in service until the end in 1935. Rescued for preservation the tram has now been cosmetically restored and has been mounted on a non-motorised replica truck.

The tram can now be found at the CCPTD’s museum at Wicor Farm in Porchester just outside of Portsmouth having previously been at their premises in Portsmouth itself. 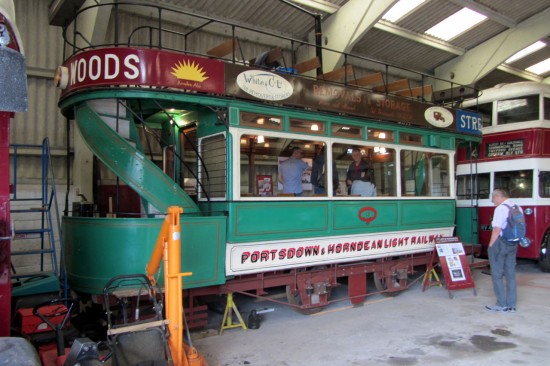 The exterior of 13 as seen in the museum including an information panel for visitors. 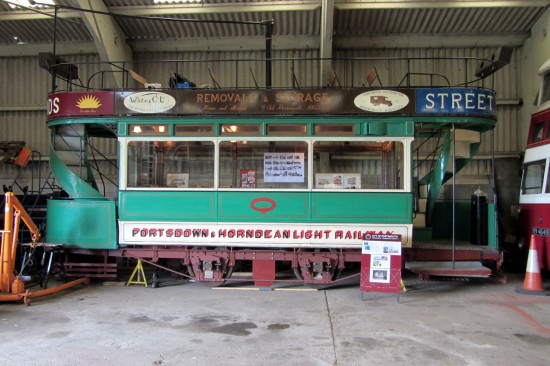 Another look at the outside of the tram showing its truck, livery, adverts and trolley mast to good effect. 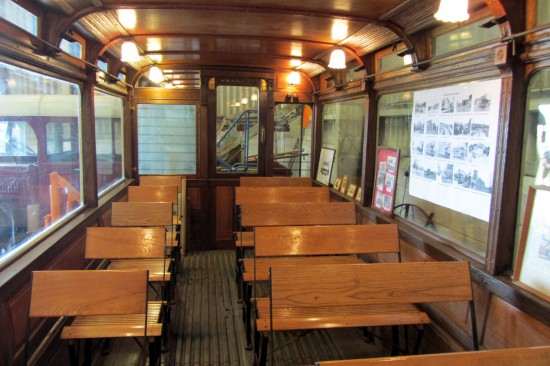 The tram was also open to visitors to take a look. This is the lower deck showing the rather spartan surrounds for passengers! 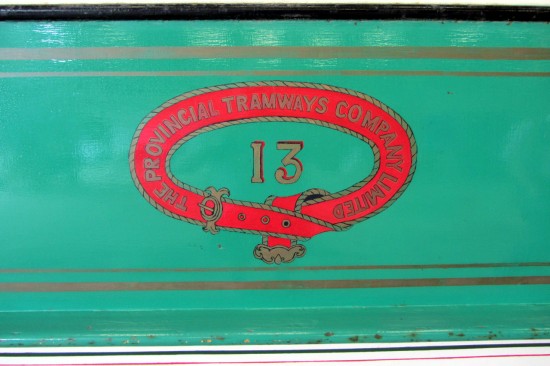 A close-up of the Provincial Tramways Limited logo and tram number on the exterior of the tram. (All Photographs by Bob Hodges, 11th August 2019)