In Pictures: Another successful WWII Home Front event at Crich

Posted on Tuesday 13 August 2019 by Gareth Prior

What is about the 1940s events at Crich which seems to encourage extreme weather? With the Easter 2018 version having to be partially abandoned because of snow the August 2019 event saw strong winds invade on day one of the two day event on the weekend of 10th and 11th August. Fortunately by the second day on 11th August the weather had vastly improved allowing a five tram service to run alongside the other activities put on including re-enactors, replica Spitfire and Messerschmitt and 1940s style entertainment.

The five trams in action were Glasgow 22, Blackpool 40, Metropolitan Electric Tramways 331, Leeds 345 and Leeds 399 with a sixth tram also playing a starring role – Glasgow 812. This tram is a tram currently withdrawn from service awaiting its turn through the workshop but was used as a stationary 1940s blitz condition tram complete with blackout curtains on the windows, headlamp hoods and white painted fenders. 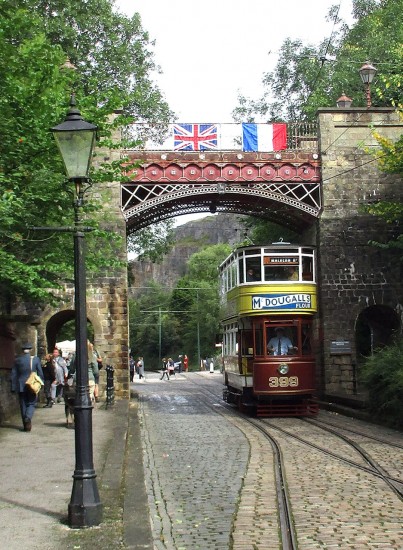 Leeds 399 passes under Bowes Lyon Bridge heading down to Stephenson Place. Note the Union and French flags draped from the bridge. 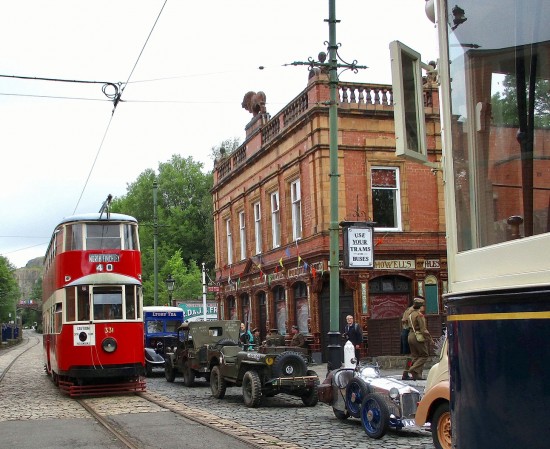 MET 331 sits outside The Red Lion with Leeds 345 also waiting for its next service. Also in this shot we see a number of period vehicles including several military style cars. 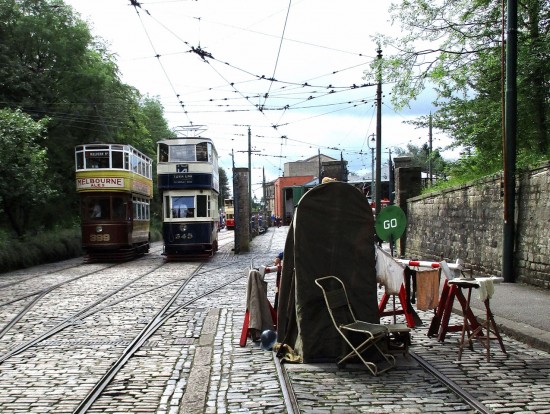 Leeds 399 and 345 pass at the depot entrance (with Blackpool 40 also visible in the background). On the right a roadblock is in place with some work seemingly underway! 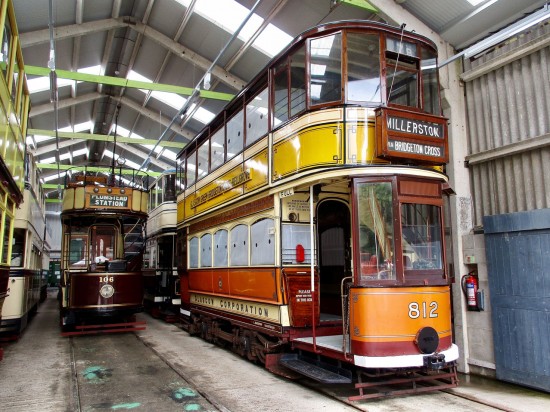 Inside the depot and it becomes apparent why Glasgow 812 enjoyed a wash the other week! It had been transported into wartime condition. 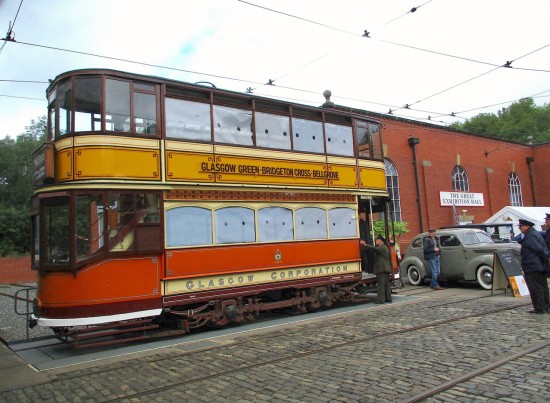 Glasgow 812 was then placed on display on the Traverser with the blackout curtains and white painted fenders visible here. 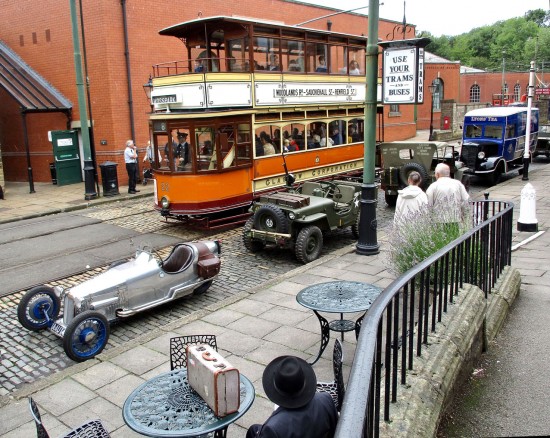 A second Glasgow car was also starring on the day with 22 being used in service. We see it here at Stephenson Place just arriving with a service from Glory Mine. 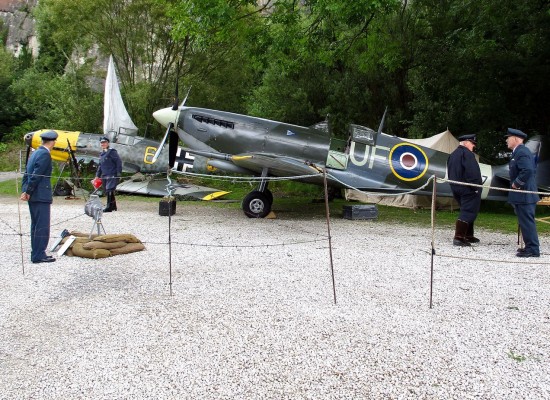 The replica Spitfire and Meschersmitt on display. It would appear that the Meschersmitt has met an untimely end with its pilot having to parachute to safety. 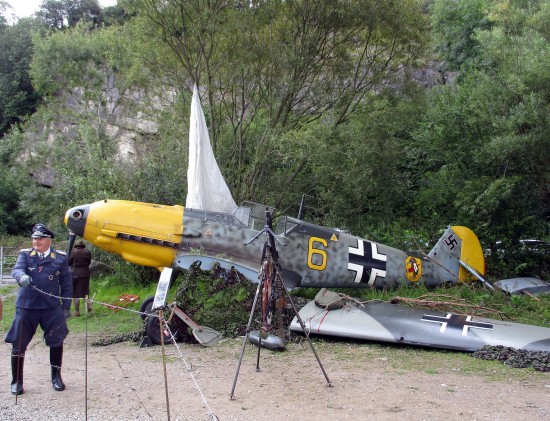 A close-up of the Meschersmitt missing a wing and with parachute hanging from the tree. (All Photographs by Hazel Quarmby, 11th August 2019)