In Pictures: Another Blue tram enters service in the West Midlands

Posted on Tuesday 6 August 2019 by Gareth Prior

The fifth fully West Midlands Metro liveried Urbos3 tram is now in service with the latest example of the 21 strong class being 29. As with all blue liveried trams so far 29 is one of the trams which has received batteries and once again features the same livery of all blue with patterned central areas, it also includes the larger fleet numbers. It was first noted in service with its new livery on Monday 5th August. 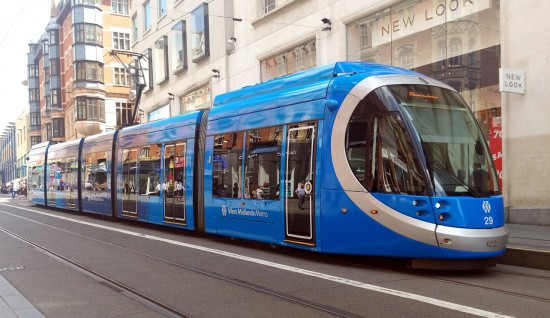 29 on its first day in service sporting the full blue vinyls at Corporation Street in the centre of Birmingham. (Photograph by Mark Cufflin, 5th August 2019)