In Pictures: Bluebird on the move – and other Crich images

Just to prove that things never stay still for too long, no sooner has we given a Workshop update from Crich Tramway Village than one of the three long-term residents was on the move. The tram in question was London County Council 1 but before you all get excited thinking the tram is about to enter service it was being moved by Croydon Tramlink 058 as more clearances were being tested around the depot yard.

The movement of LCC 1 out of the Workshop into the daylight on Saturday 20th July also allowed for a closer look at recent progress on the exterior of the tram showing sections where the paintwork is further developed and also the windows now fitted. With the clearance tests concluded 1 was then moved back to the Workshop where it was put back on road 2 as opposed to its former location of road 3. This was to allow work to take place on the roof of the tram which included the fitting of the trolley bases.

Elsewhere at Crich on this day there was a tram service running with Glasgow 22 and Leeds 180 in use along with Berlin 223 006-4 for its usual access tram trips. 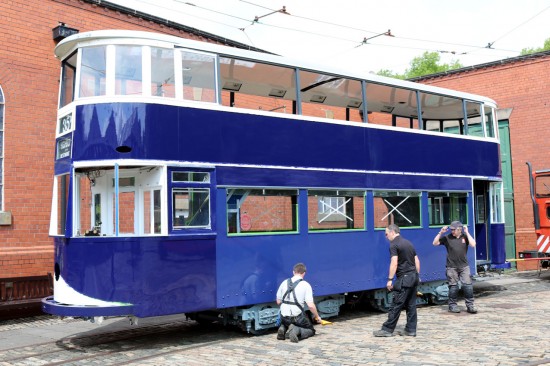 1 sits outside the Great Exhibition Hall during its clearance tests. In this view you can see the lower deck windows in place whilst the side upper deck windows still await fitting. The lower panels also require another coat of paint to bring them up to the same standard as the rest of the tram. 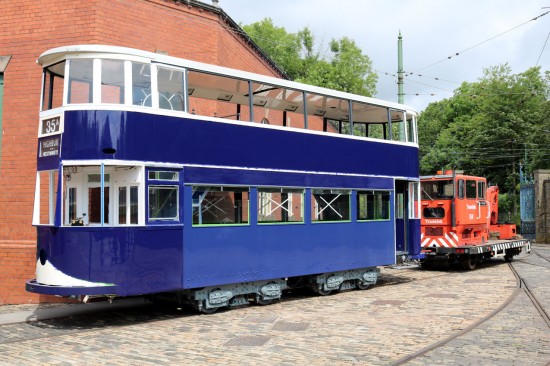 Two London trams of different era. Croydon Tramlink 058 is used to move Bluebird back to the Workshop. 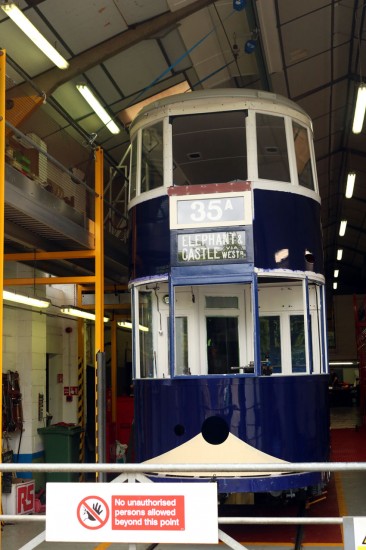 Back in the Workshop and 1 is on road 2 to allow access to the top of the tram. The blue straps seen here are the harnesses required for anyone to safely work on top of the tram. 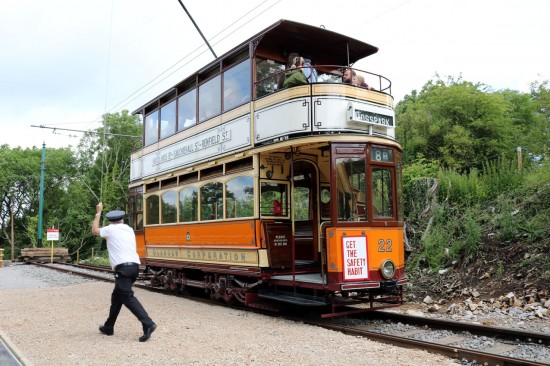 Round she goes! The trolley is turned on Glasgow 22 at Glory Mine. 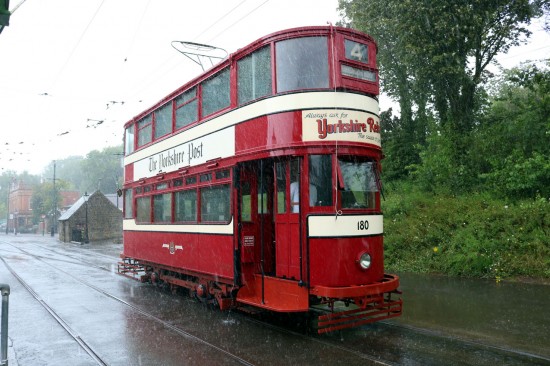 During a very heavy downpour Leeds 180 waits at Town End. 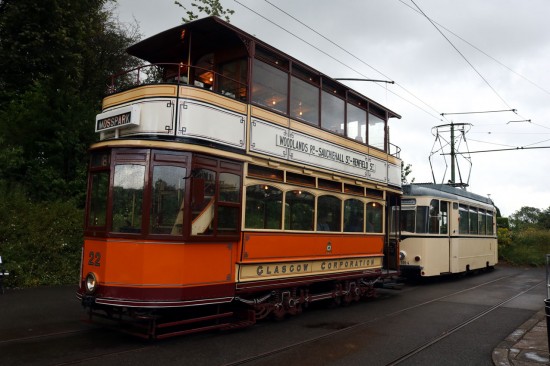 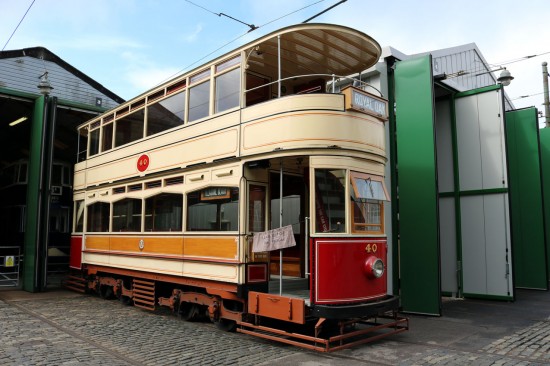 Blackpool 40 was also to be seen out in the open during the morning. This view shows it just outside the Workshop. (All Photographs by Trevor Hall, 20th July 2019)

1 Response to In Pictures: Bluebird on the move – and other Crich images