Around the World in Trams: Krakow 168

This week we have another look at a tram in Krakow, Poland with one of the older examples featured.

This photo shows 168 which was originally built for Nuremburg by MAN between 1962 and 1965 before being acquired by Krakow. We see the tram climbing out of what appears to be a small wooded valley in the middle of nowhere but is in fact the terminus of route 15 with the tram heading for Zmiana Trasy on 24th May 2007. With the huge steelworks of Nova Huta just to the north this was a key route but with the steelworks now no longer operational the tram route has gone the same way. 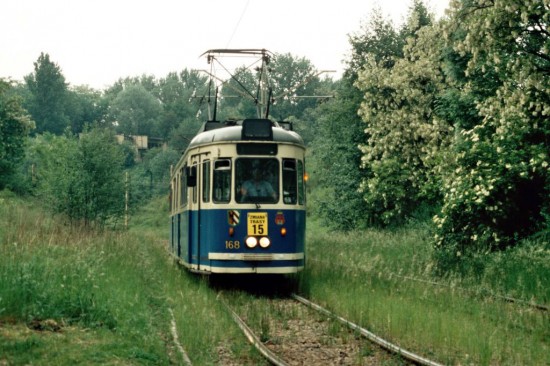 1 Response to Around the World in Trams: Krakow 168