As we reported a few days ago, the end of service on Sunday 7th July saw the original station at South Shields on the Tyne and Wear Metro close to trains as preparations continue for the opening of an all new transport interchange including Metro platforms and bus station. With trains set to terminate at Chichester for the next four weeks the new station will open on Sunday 4th August but for now South Shields will be without an operating Metro station – the first station on the network to close permanently with this station opening in 1984 when the system was extended to South Shields. Trevor Hall – who had also been on the first train back in 1984! – travelled on the very last train and shares the following photos with us. 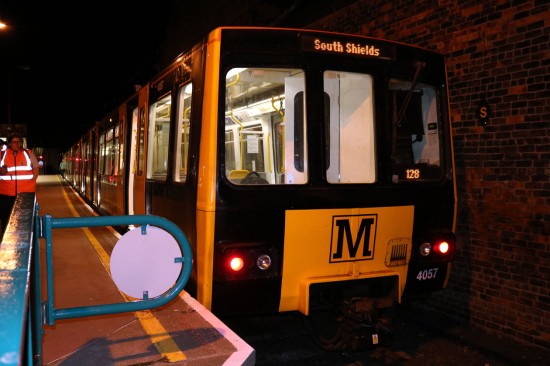 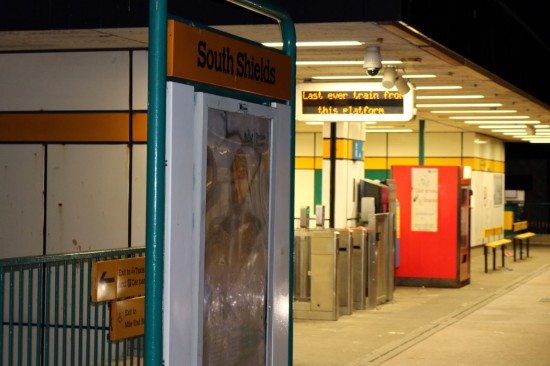 The occasion was marked by Nexus with the destination indictor on the platform showing that this was indeed the last ever departure from this platform! (Both Photographs by Trevor Hall, 7th July 2019)