We return to the archives for this latest edition of Picture in Time with an image taken some 21 years ago featuring a rebuilt Balloon – the first of its kind.

The tram seen in these images is 707 which re-entered service in 1998 having had a full rebuild replacing its traditional Balloon shape with a flat front, completing changing the appearance of the tram for the first time since it was built in 1934. Having been withdrawn from service for a full overhaul 707 was unveiled in this new style in July 1998 and it certainly produced comment with many disappointed to see the end to its more traditional look. Known my many as a Millennium Car 707 would remain in service until the end of the traditional tramway in November 2011 by which time it had received the widened centre entrance for planned use on the upgraded tramway. This plan hasn’t ever really happened and over the winter of 2018/9 the tram has enjoyed workshop attention to bring it back to service including a repaint in its original livery for use on Heritage Tram Tours, with the tram due to return to action later this year.

Both of the below photos were taken on 27th October 1998 showing 707 in service a few months after its initial introduction. In this first image we see the tram as the filling in a traditional Balloon sandwich on the old style Pleasure Beach loop. On the left is 701 with 704 and its first advert for Eclipse the other side. With the news that 704 is to be restored to service and with 701 already operational in a few years these three trams could be back together on the loop. 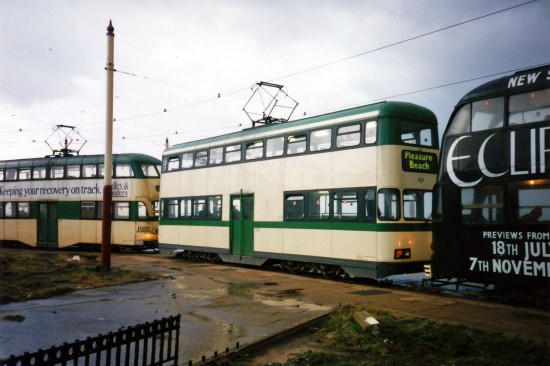 And then we see 707 at Cleveleys with Brush 634 in the foreground. The Brush Car – now at Rigby Road awaiting workshop attention to bring it back to operational condition – is in an advert for the Coral Island Terror Train. Also of note in this image are the two long shelters. 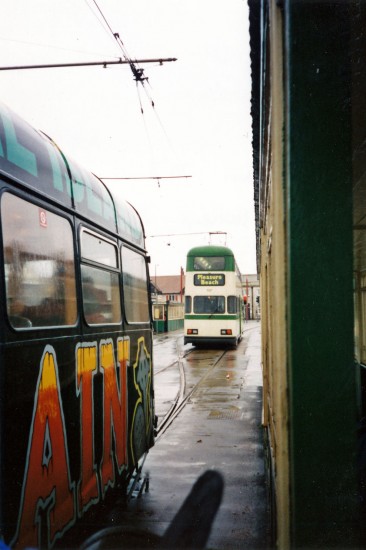