Off to the West Midlands for our latest foray into the archives as we head to the Black Country Living Museum to take a look at the tram which was the mainstay of the service for many years and has recently returned to action.

That tram is of course Dudley, Stourbridge & District 5. It entered service for the first time at the Black Country Living Museum in 1980 after a seven year restoration and was worked heavily for over 25 years before it was taken out of service requiring some major work to bring it back to service (by this time it had been replaced by similar Tividale car Wolverhampton & District 34). This work was undertaken between 2012 and 2017 at the Llangollen Railway and back at the museum and 5 has now returned to service.

In this view taken on 17th July 2004 we see 5 showing the need for some TLC outside the tram depot. 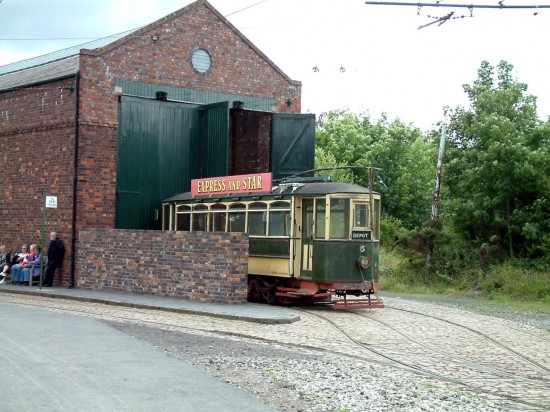