The Fylde Transport Trust’s Blackpool Balloon 715 returned to service on Friday 24th May sporting a new look following a partial repaint – including period between deck adverts. The tram is now in a coat of 1970s Green and Cream livery having previously carried the 1990s style and there will also be further workshop attention to come for the tram.

715 was first used with its new look for The Ghost Tram on Friday 24th May which saw it operate a trip from North Pier/Tower to Fleetwood and back complete with ghost stories. These trips take place regularly throughout the year are one of several special events using the heritage trams scheduled for 2019. After being used for that trip 715 was then rostered to run on Saturday 25th and Sunday 26th May as part of the Heritage Tram Tours Gold weekend of operation but was forced to return to depot early on the Sunday with a fault.

The new livery includes different adverts on each side. One side has a familiar advert for CIS Insurance with the other side featuring a design for Blackpool Zoo. The decision for the Blackpool Zoo advert to feature was made after an online poll by the Fylde Transport Trust with this being the most popular.

It is now planned that 715 will return to the workshops during June when it will have new upper deck timber fitted whilst the cabs are due to be painted in the brown gloss that was typical of the 1970s/1980s.

* Meanwhile the latest update on Standard 143 has confirmed that all is on track for completion by the end of August and its launch into service on 28th August. The tram is now in the electrical compound to allow for the fitting of the trolley base support. In addition the staircase stanchions are now also in place. A comment from Bryan Lindop, Head of Heritage, suggests that “unless something catastrophic happens” 143 will be ready for the launch – only three months to go! 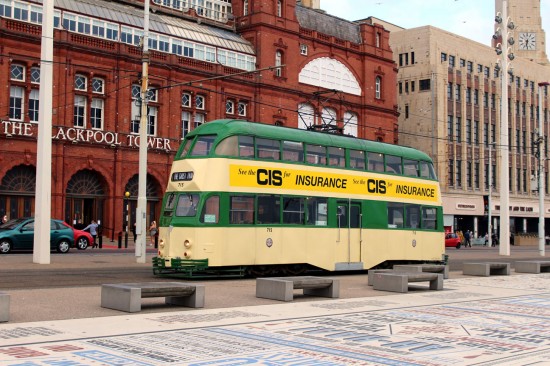 715 passes The Comedy Carpet opposite Blackpool Tower as it is seen in public for the first time after repaint and the application of the period adverts. This side shows the advert for CIS Insurance. 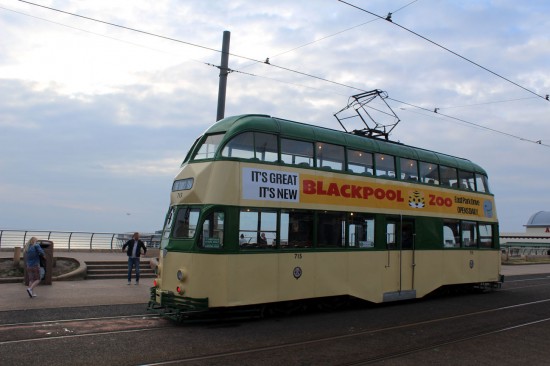 And this side of the tram features the advert for Blackpool Zoo. At North Pier/Tower before departure on The Ghost Tram. 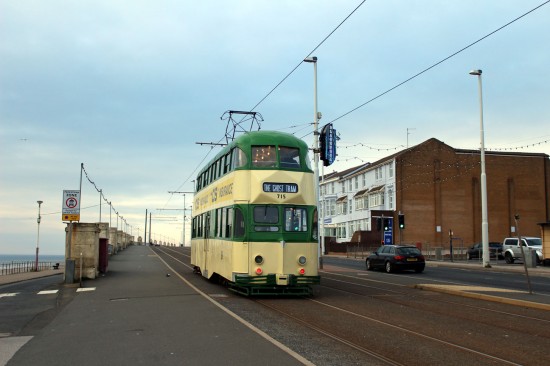 715 heads past the former site of the stop at Cocker Square with its Ghost Tram northbound journey. 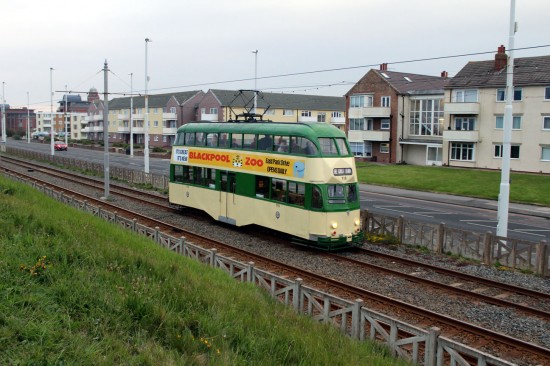 The return trip passes Lowther Avenue. (All Photographs by Gareth Prior, 24th May 2019)