Around the World in Trams: Santa Teresa tram 16

A change of continent this week as we head to South America and the country of Brazil for some images taken in Rio de Janeiro.

This week we concentrate on the historic Santa Teresa Tram which connects the city centre with the inner-city neighbourhood of Santa Teresa in the hills immediately southwest of downturn. The line is now mainly a tourist attraction and was in fact designated as a national historic monument in 1988. The gauge of the tramway is 1,100mm (a most unusual gauge) and the full line runs for 3.7 miles (6km), although currently only part of this is operational. Originally opened in 1877 the line had a period of closure between 2011 and 2015 after a serious accident, the aftermath of which saw the original trams withdrawn and new vehicles ordered made to look as the old trams.

There are 14 of these new trams on the line and the below images feature one of these, no. 16, on 14th February 2019. This was in fact the first of these new trams to be delivered to Rio de Janiero and had begun testing on 28th May 2014 and was built by T’Trans. Looking much like the old trams these vehicles are in essence modern light rail vehicles except they have been designed to look traditional. 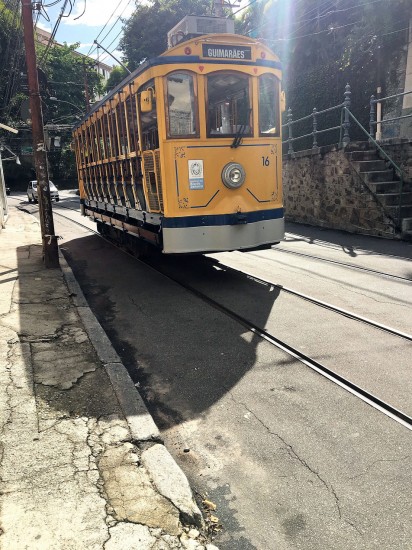 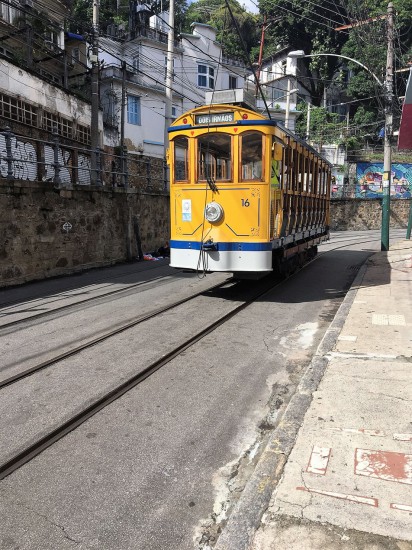 Both Photographs by Lynn Burdett