Whilst it may not be British events in Brussels in early May certainly deserve coverage as this was when the Belgian city celebrated 150 years of tram operation. On 1st May – a Bank Holiday in mainland Europe – the main day of events to celebrate the occasion took place which included a spectacular 40 tram parade plus a static exhibition of several trams and a steam tram doing demonstration runs along a short length of track. A new tram mock-up from Bombardier was also on display.

Before the parade started the trams were lined-up in the morning in chronological order with the works cars bringing up the back of the parade. Thousands of people walked along the line of trams in the morning with enthusiastic staff on hand to let them on board and see around the trams – many of which came from the heritage fleet. For those attending the event it was great to see so many people enjoying the tram line-up and showing that there is some civic pride in historic transport still.

The parade itself started at 1400 including a commentary and thousands of people standing behind barriers watching the 40 trams pass by. All trams did a circuit out and back to Louise tramstop with some of the heritage trams returning to give free rides and some more heritage cars not included in the parade (due to type duplication) also coming out for the rides. Once again there were very long queues for the rides showing just how the popular the event was not just with enthusiasts from across Europe but also the general public.

Will we see scenes like this for the 150th anniversary of trams in Blackpool – we only 16 years to wait and find out!

Thanks to Ian Nightingale for the information included in this article. 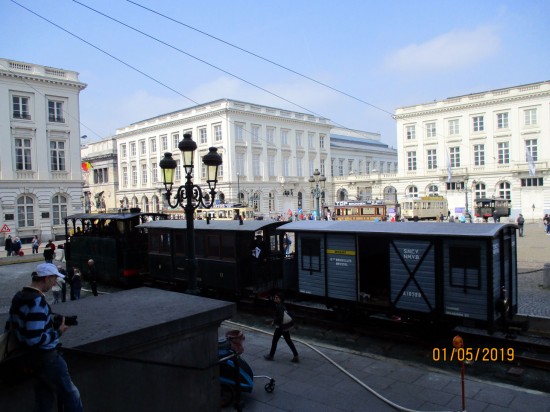 As mentioned in the text above a steam tram operated along a short demonstration track and this first phot shows that very tram. Numbered 303 this tram dates from 1888 so a mere baby when you consider the tramway was celebrating 150 years! (Photograph by Stuart Cooke) 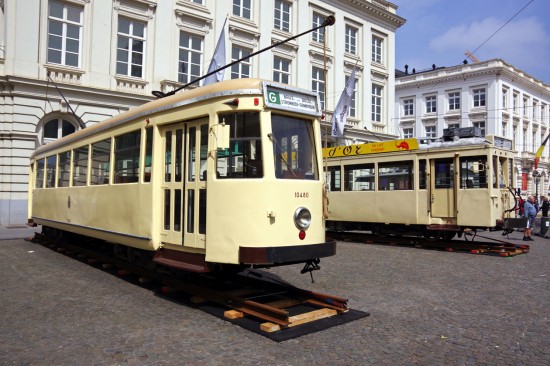 Two trams on static display during the events – both of these were former metre gauge cars which ran on the Vicinal system. On the left is 10480 and it is joined by 10308. 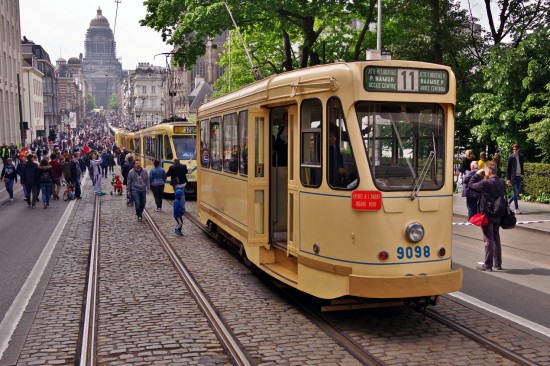 Trams as far as the eye can see! The truly spectacular sight of the parade is seen to good effect to here as can be the number of people lining the streets. 9098 leads the way – a tram built in 1980 and the first class of tram in Brussels which allowed the driver to collect the fares. 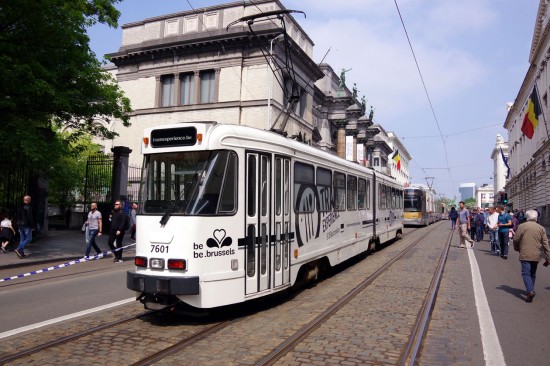 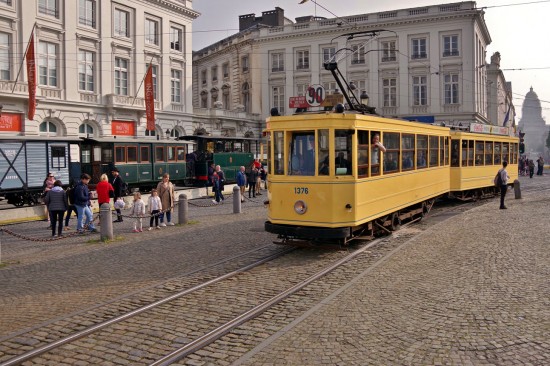 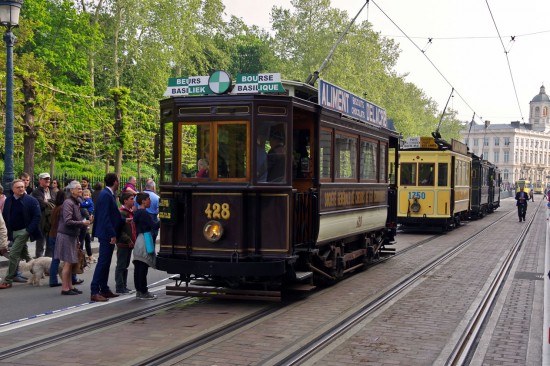 Some of the more historic trams included in the parade are seen in this view. The tram in the foreground is 428 built in 1903 and remained in service until 1935. 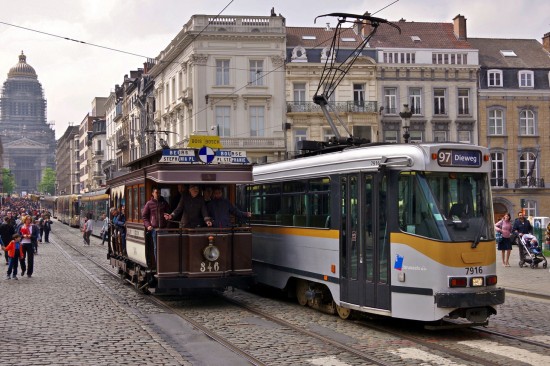 Two vastly different eras of trams meet. On the left semi-open electric tramcar 346 of 1903 is seen with a tram full of passengers. This was a first series tram built when the tramway was electrified and remained in service until 1935. Also in this shot is PCC 7916, an articulated tram built in 1977. 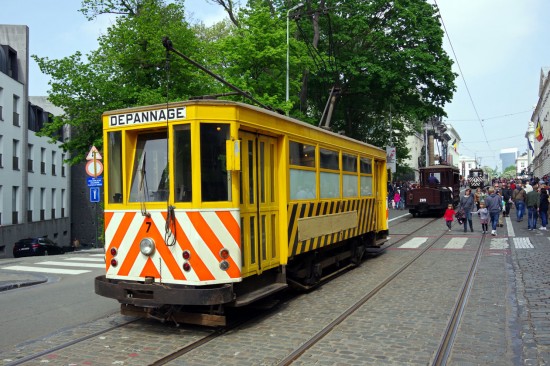 The back of the Parade included the works cars including 7. Built in 1970 the main purpose of this car was to rescue demic trams across the network and it was based at Woluwe Depot until withdrawal in 1995. It is now part of the Brussels Museum fleet. (Photographs x7 by Ian Nightingale)

Editor’s Note: My knowledge of trams in Brussels could be written on a very small postage stamp and so the captions above have been gleaned from various online sources. Any errors or omissions are mine and if you do notice any please either email or leave a comment below.