Posted on Thursday 25 April 2019 by Gareth Prior

1979 remains the year as we again visit the Isle of Man for another image from the past. This time around it is a Winter Saloon which comes across the camera.

Seen here is Winter Saloon 20 along with an unidentified trailer at Ramsey. The car seems to have just terminated with passengers starting to alight including a couple on the right who presumably have alighted from either the trailer or the rear of the Winter Saloon. 20 is one of four Winter Saloons built in 1898 and they all remain in operation to this day on the MER. In this view it is in traditional colours including the Isle of Man Railways legend. 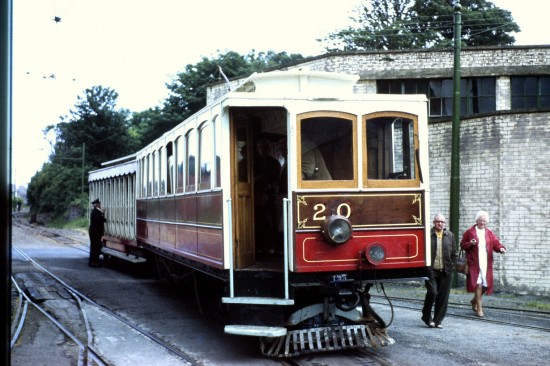