Between-deck advertisements on Blackpool’s Balloon cars were once a common sight, but since the inception of Heritage Tram Tours, commercial advertising on the historic tram fleet has all but vanished. However, Balloon 723 has recently received some new banner adverts on its between-deck side panelling – operating in this guise for the very first time on Easter Sunday, 21st April.

723 has not carried any external adverts since its last all-over vinyl wrap for the Sands Venue was removed in 2015, and was subsequently repainted in the 1980s style green and cream livery, allowing its return to regular use as a fully-fledged member of the heritage fleet.

For the last four years, sister car 715 has carried side panel adverts for the Fleetwood Tram Sunday event (also known as the Fleetwood Festival of Transport), but these will shortly be removed as part of that tram’s makeover to recreate its 1970s appearance. So, the advert contract has been transferred to 723 – although for the time being both trams are promoting the event! Whereas 715‘s adverts completely filled the between-deck side panels, 723‘s are much slimmer and happily do not spoil the lines of the stylish 1980s livery, with the green stripe above its lower deck windows not affected. The use of more restrained colouring has also helped to make them less obtrusive, whilst still being eye-catching enough to succeed in raising awareness for the Tram Sunday event. 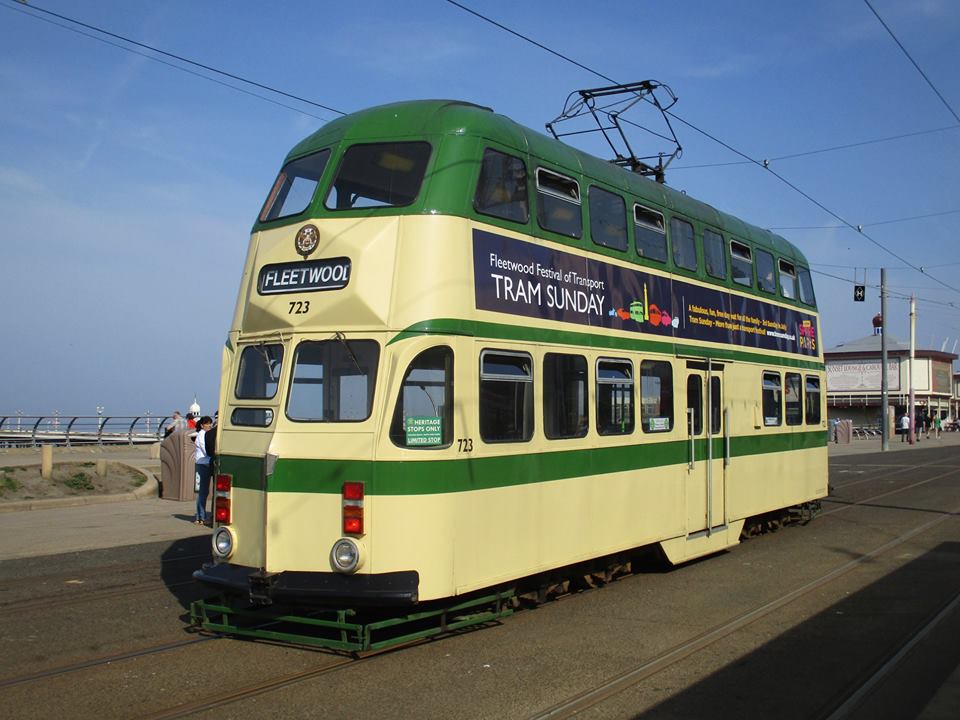 723 pauses at the North Pier and Tower heritage tram stop on an exceptionally sunny Easter Sunday - its first day out adorned with Tram Sunday adverts. 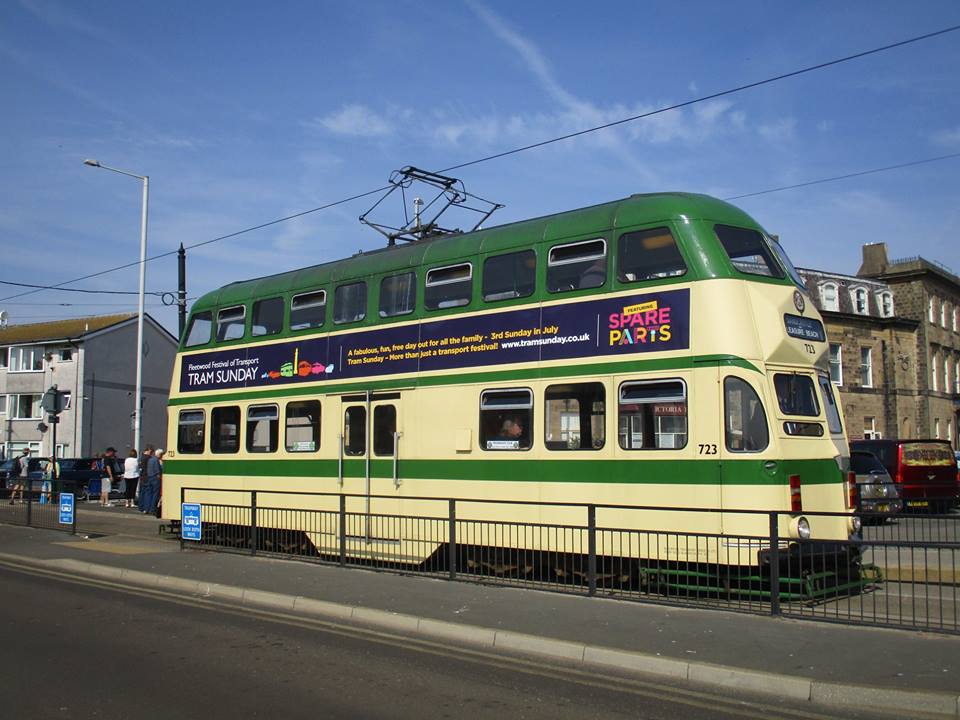 A good view of the side adverts on 723 as the tram waits out time on Bold Street in Fleetwood. 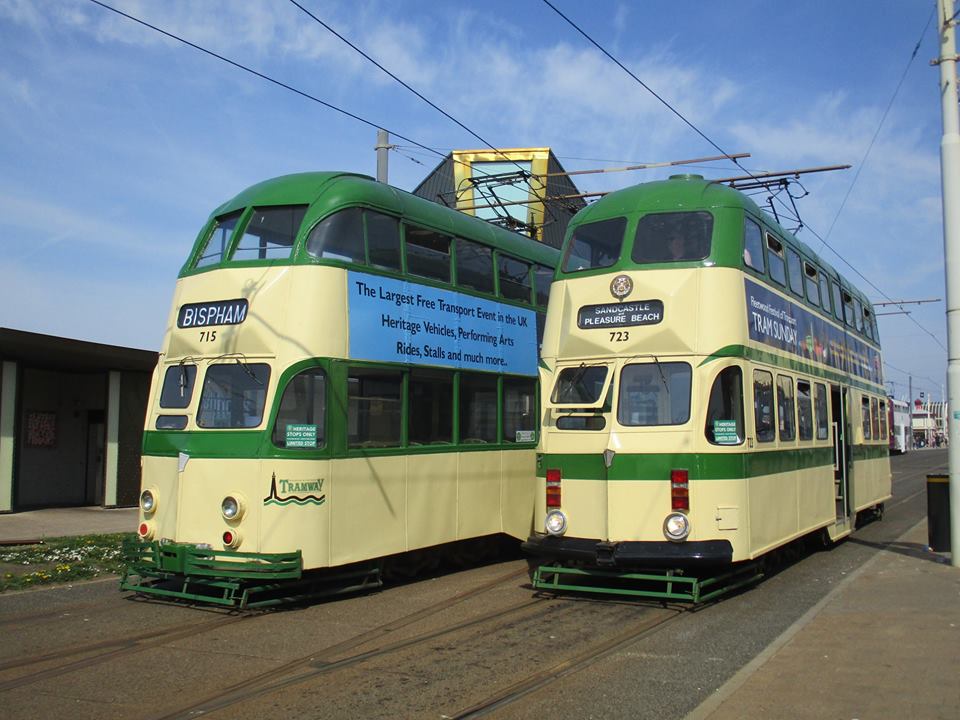 The two Tram Sunday advert cars, 715 and 723, pass at North Pier. With 715's adverts expected to be removed soon opportunities for photos like this one are likely to be limited! (All photos by Rob Bray)